‘Are you getting it?’: Limerick students roll out consent campaign 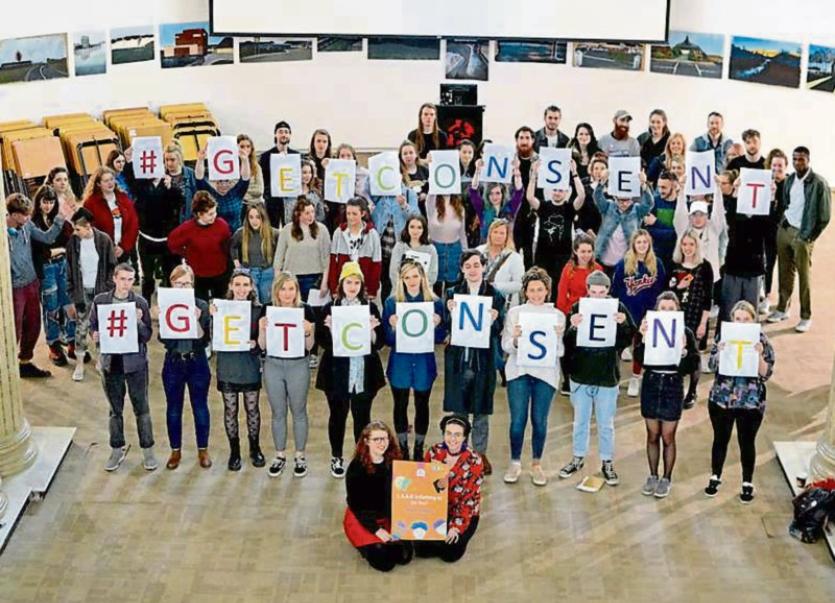 LSAD students at the launch of the #GetConsent campaign Picture: USI

A NEW campaign created by Limerick students that asks ‘are you getting it?’ when it comes to sexual consent has been rolled out both in Limerick and on a national scale.

A national campaign introduced by the USI in February was based on the work carried out in LSAD, with the students’ campaign now officially rolled out across all LIT campuses.

Creating the campaign has been about using creative skills for a good cause, according to LSAD students and designers of #GetConsent campaign, Sarah Egan and Hazel Curtis.

“If one person sees this campaign and changes their mindset on consent, then we've succeeded as designers.”

“The #GetConsent campaign will now be rolled out on a national scale, and everyone here in LIT Students' Union are really excited about that.”

“Consent has been a very visible issue in recent times across the island of Ireland, but consent has always been an issue even if it has been silent or invisible to many.”

The USI is proud to support this campaign, according to USI president Michael Kerrigan.

“This year, is all about asking students ‘are you getting it?’ when it comes to consent. It’s important that every student who’s sexually active look after their own sexual health, and be respectful of others.”

“USI is proud to support this campaign, and look forward to collaborating with LSAD and LIT students in the future.”