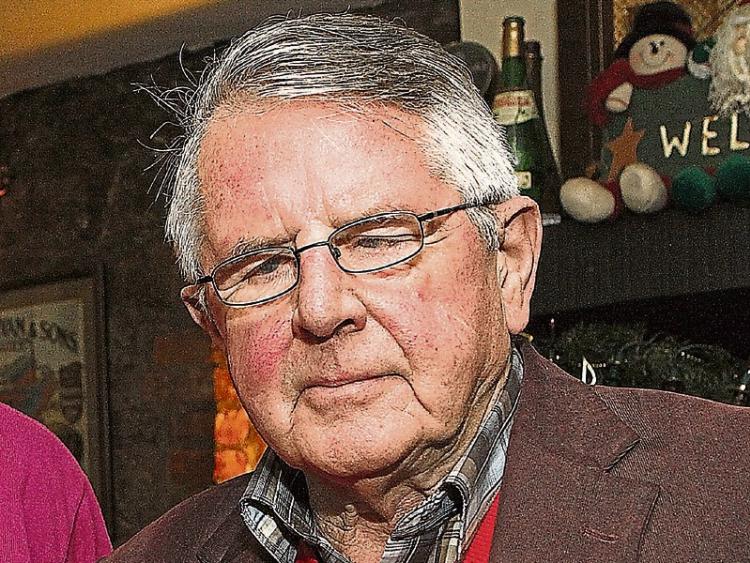 Michael Quinlan is a local legend in Lough Gur

THE picturesque village of Lough Gur is a small community where everyone knows one another, but there is only one face that has become a local legend, Michael Quinlan.

Even when he is simply walking into Reardon’s Bar, cars passing by honk their horns as drivers wave and patrons greet him heartily. Everyone stops to talk or say hello to this long-time pillar of the community.

At 80-years-old, Michael Quinlan has worn many hats throughout his life whether as a teacher, history enthusiast, actor, tour guide, archaeologist, and most recently, as an author.

Like it is for many, his life has been a mix of hardships and happiness. Born in Cork on July 11, 1938, he was only eight-years-old when his father died. Inspired by his father’s involvement in the War for Independence, he developed a lifelong passion for history.

Michael graduated from St Patrick’s College in 1957. Two years later, his grandmother found an advertisement for the position of a principal at the primary school in Lough Gur.

Although he was not very eager at first, he dutifully applied. In October of that year, he began his role as principal, a career which would ultimately span decades. Lough Gur is a special place for Michael, not only because it has been his home for 37 years and the place where he raised his family, but because of the local history that runs deep in this area’s veins.

“I was very lucky to find a place to work in that is so steeped in history and archaeology like Lough Gur,” he said.

Michael first began his writing career by composing diary entries every day for over 20 years. Each entry was 300 words long.  His hobby grew into bigger written works. He has published six works including novels, biographies, and a novella.

According to Quinlan, Here and There is a sequel to Sissy O’Brien’s famed book The Farm by Lough Gur: The Story of Mary Fogarty which was published in 1937.

While Michael’s sequel is based on true historical events, he used creative license to craft the story. In fact, the main character, James Quinlan, is based on the author’s own granduncle who went to Australia. This blend of fact and fiction is what Michael affectionately calls “faction”. He described his passion for writing by quoting Seamus Heaney, “The moment of writing is a moment of joy and unexpected reward.”

His deep love of the past led to him obtaining a Master’s degree in Archaeology from the University of Leicester in 2004. He worked on sites in Egypt and sites in Coonagh, and the Nenagh bypass site. During an excavation at St John’s Church in Knockainey,  he made the discovery of a lifetime when he came upon an intricate and ancient stone altar.

His love of writing and history inspired a trilogy of books: A Place of Dreams – The Lough Gur People, The Sun Temple, and The Sun Shield of Lough Gur. He said about his writings, “I’ll never be famous, but I have gotten great satisfaction out of it.”

Michael has had three goals throughout his life: to finish a novel; to establish historical tour guides known as the Lough Gur Guides; and to edit all his diary entries up to 1989.

This local legend has accomplished all these goals and so much more. He helped make Lough Gur a tourist area through restoring the Patrickswell Church and establishing the Honey Fitz Theatre. This theatre is a landmark of Lough Gur and was named in honour of President John F Kennedy’s great-grandfather who lived down the road. The theatre was so historically significant that Patricia Lawford and Jean Kennedy even attended the opening ceremony in 1994.

Michael also helped establish the Poetry Society, the Dramatic Society, the Historical Society, and many summer festivals that brought tourists pouring into the area. After retiring, he spent a few years in Belize teaching poor children and volunteering.

During his 80 years, Michael has had many exciting adventures and tales to share. However, when describing his greatest accomplishment in life, he simply named two, “Family is first of all. Place is the second thing. Lough Gur is a great community.”

Copies of Here and There can be purchased at Beechinor’s Shop, Holycross, Bruff and Lough Gur Interpretive Centre or by contacting Michael Quinlan at 0872739199.