‘Over my dead body’: Limerick councillor’s call for ban on USA trips 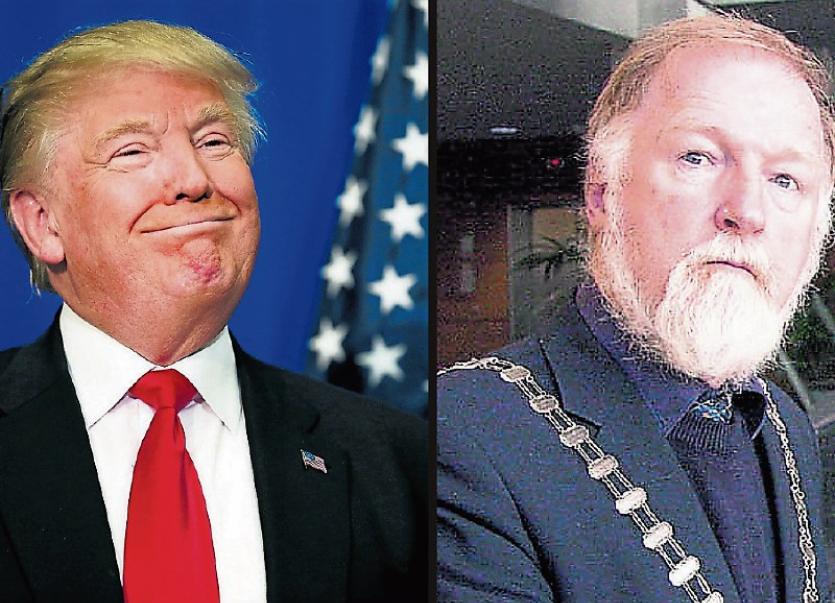 A MOTION calling on Limerick City and County Council to stop sending elected members to the United States of America was withdrawn from the formal agenda of a monthly meeting of the local authority, it can be revealed.

The proposed motion was submitted by Cllr Jerome Scanlan who says he will not be travelling to the US as long as Donald Trump remains president “unless somebody takes my ashes over there.”

Documents obtained by the Limerick Leader show the proposed motion was included on the draft agenda for a meeting of the full council on January 22, last.

It called on the local authority to “refrain from funding any future trips by its members to the United States of America for the foreseeable future”.

According to documents released under the Freedom of Information Act, a decision was taken at a meeting of the Corporate Policy Group (CPG) to withdraw the motion from the final agenda which was circulated ahead of the full council meeting.

The minutes of the CPG meeting - which was held in private on January 15, 2018 - state it was agreed Cllr Scanlan’s motion would be withdrawn as it “related to issues of foreign policy and was not considered to be relevant to the business of the Council”.

The minutes do not reveal who contributed to the discussion about the proposed motions.

When asked about the matter this week, Cllr Scanlan said he was disappointed his motion was not included on the agenda and discussed at the meeting.

He says he has an issue with President Trump because of the way he communicates and publically ridicules and humiliates people on social media.

“I have a problem with the man,” he said,

“I had put down a motion in January that we refrain from sending a bunch of councillors, excluding the Mayor, over to New York because I personally have an issue going to America while Mr Trump is president of the States and I would have thought it would be far more appropriate that we could visit cities in the UK to try and improve our relationship with them in advance of Brexit,” he told the Limerick Leader.

“The other CPG members seemed to think I was off the graph slightly in putting forward the motion and I was basically on my own so there was no point in putting the motion on the agenda and I withdrew it on that basis.” he said.

Cllr Scanlan added that he has concerns that some members of Limerick City and County Council “go looking” for invites to visit the US “rather than waiting for them to arrive”.