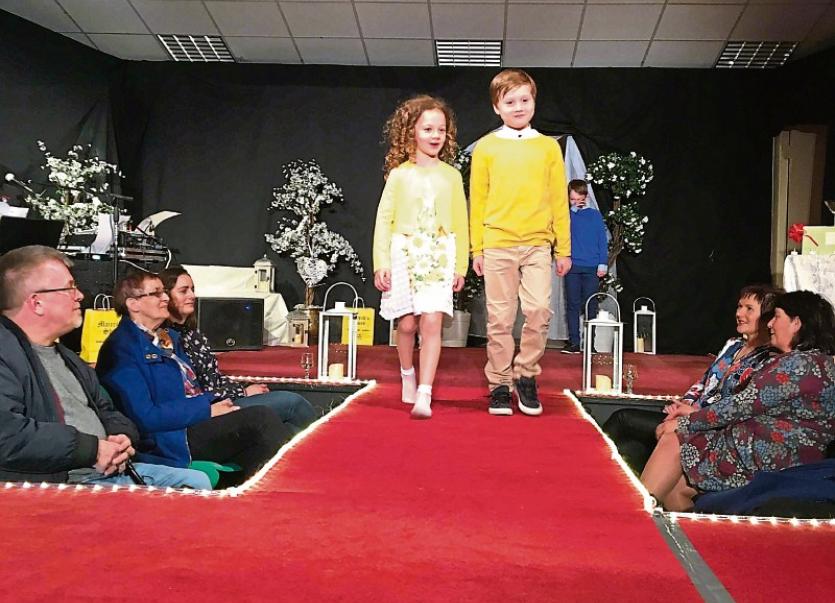 FOR the past six years, high fashion has been fuelling the drive to make Athea one of Limerick’s tidiest towns.

All told, fashion shows over the years have raised over €18,000 for the Athea Tidy Towns committee who have put the money to good use and have seen their points increase year on year as a result.

“When we were first approached by Margaret Carroll back in 2013, we never would have imagined that six fashion shows later would have raised €18,000 plus for Athea Tidy Towns,” Tidy Towns secretary Damien Ahern.

“Thanks to Margaret and her team, Athea is a better place today for all who have the pleasure of living here, visiting and passing through. This is our main fundraiser for the year and without it our projects for the year would be greatly reduced.”

But Damien also extended thanks to boutique and shop owners who provided the women’s, men’s and children’s wear featured on the night.

The models, he added, were all local and all of them “both young and even younger” did a great jog. “We are proud to have such glamorous and handsome models in the parish,” he said.

But special thanks were also due to the hairdressers, the make-up artists, the ticket sellers, those who decorated the hall for the event and those who supplied the different raffle and spot prizes as well as those who provided the tea and refreshments. Even the local drama group played a part, Damien revealed by supplying lights for the show.

Mary Collins won the prize for Best Dressed Lady on the night.