Another string to bow of Limerick school choir 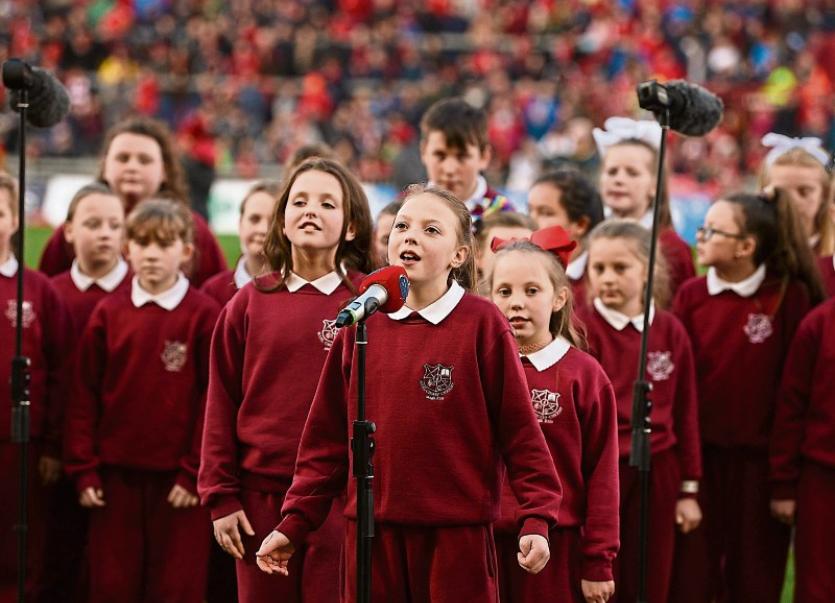 A POPULAR Limerick school choir are set to be under starters orders at one of Ireland’s top racing venues.

The Corpus Christi School Choir, who have gained fame in recent weeks, after performing in Thomond Park during Munster’s game against Scarlets, are to add another top sporting stadium to their repertoire when they perform at a race meeting in Leopardstown in Dublin.

The youngsters, who had already won the hearts of the nation by performing on RTE’s Miriam O’Callaghan show, were sounded out by Pat Keogh, the chief executive of Leopardstown, who wanted them to perform there.

Principal Tiernan O’Neill said: “It was a fantastic opportunity for the kids to showcase their talent. They are remarkable ambassadors not alone for the community of Moyross, but I think the city. It's great to see their talents showcased yet again on a national stage.”

Tiernan added that the racecourse boss already has a good relationship with the Moyross community, arranging work placements for teenagers there.​

“It’s a fantastic opportunity to give these kids a platform to showcase their talents. Thomond Park is an iconic Irish stadium, and Leopardstown is another one of those Irish landmarks. It’s synonymous with Irish horse racing so to have the opportunity to perform there is phenomenal. If they get half the positive feedback they got from Thomond Park, they will be happy,” Mr O’Neill added.

“It's great to see Moyross in the headlines for all the right reasons, getting national media attention at this stage. They are phenomenal kids,” he said.

To mark the start of the Team Limerick Clean-Up on Good Friday, students also performed to JP McManus and Paul O’Connell.