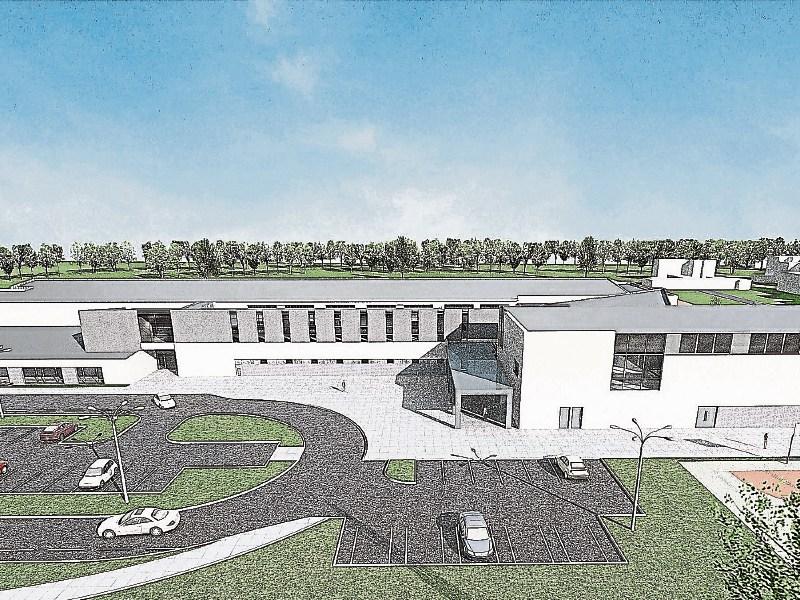 A CONSTRUCTION company that went into examinership late last week following the collapse of major UK building company Carillion was earmarked to build a new school in County Limerick.

The news is another big stumbling block for the long-awaited new Coláiste Chiaráin school in Croom, which is set to replace the current school’s old facility.

Sammon Group is said to be owed very significant funds, running into the millions, by British firm Carillion, with which it had a Public Private Partnership.

Now in financial difficulty, the High Court has appointed Grant Thornton as interim examiner to the Irish company.

Sammon had yet to officially sign contracts for the County Limerick job, but it is believed to have been close to finalising the tender. Although in examinership, Sammon is still trading, and is therefore still in the running.

It was hoped that work would begin on the site at Skagh, Croom, in the coming weeks, but the entire process has now been delayed.

County Limerick TD Niall Collins, FF, said that the pace of development on the Croom school is far too slow.

“If refugees had to attend a centre that was in the state of disrepair that Coláiste Chiaráin Croom is in, there’d be a public outcry. It’s just completely unacceptable in this day and age that a school has to exist in the conditions that they have to endure in Coláiste Chiaráin,” said the TD.

“What really bugs people now is the pace of progress, which has been painstaking. This is just yet another setback. What could possibly go wrong is going wrong, at every step of the process.

“I’m driving it on as much as I can. I’m keeping the pressure on the Department of Education, and I’ll be seeking assurances from them at the earliest possible opportunity that it won’t be unduly delayed any further,” added Mr Collins.

George O’Callaghan, Chief Executive of Limerick and Clare Education and Training Board, said that the news was “very disappointing”.

“We are in the middle of a tender process in relation to the construction of the new school, and Sammon Group was the successful company that tendered for the project, and has now been placed in examinership. There is a meeting with the Department of Education and Skills this week to try and sort the situation out. In relation to Croom, we are most anxious that we move forward as quickly as we can,” he said.

“We had hoped that Sammon would have been in the position to start within the next couple of weeks. It’s very hard to say exactly what kind of delays we are going to experience here, but at least a couple of weeks.”

Despite the setback, a former councillor from Croom urged local people “not to lose hope”.

Pat Fitzgerald said: “Having spent 10 years with a serious involvement with the proposed development of the college in Croom, I’m fully confident that this development will be successful. From a contracting point of view this is a hiccup.”

The auctioneer said that he believes there is now a “government commitment” in the project and that “a contractor will hopefully be on site in the not too distant future”.

Sammon Group have several school projects ongoing around the country, and it is expected that they will be held to those before entering any new contracts.

If the company chooses to withdraw from the tender process, another company will be awarded the tender.