'Business as usual' for Limerick pubs this Good Friday 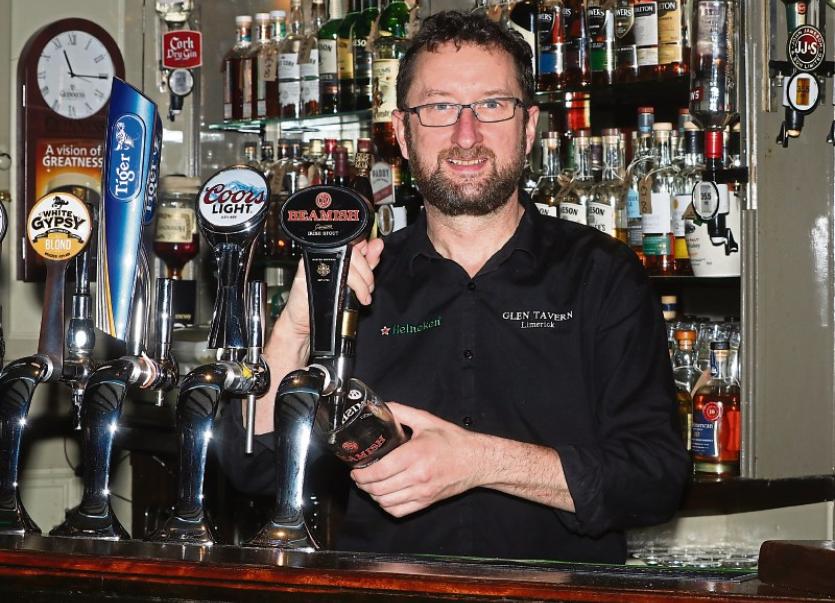 A HISTORIC day for Limerick pubs this Good Friday as licensed venues are permitted to serve alcohol for the first time in more than 90 years.

The Vintners’ Federation of Ireland (VFI) estimates that the lifting of the Good Friday ban on alcohol will generate more than €40m in sales for pubs throughout the country.

For many Limerick pubs this Good Friday, it's just business as usual.

“I think we’ll do a reasonable amount of food today but I don’t think it will be as busy as a regular Friday,” Ger Callanan, owner of the Glen Tavern on Lower Glentworth Street, said.

“I think there will be less alcohol consumed today than on any Good Friday in recent years because you’ve taken out the whole party aspect of it.”

“This whole thing of going to the off-license on Holy Thursday and buying up everything in sight and having a sesh the whole next day in houses is gone, and that’s not necessarily a bad thing.”

4 calls in the last 20 mins from individuals looking for pints. All oblivious to the law change. We are open today at 10:30am no need to call/text or even send a carrier pigeon. Simply walk in!!

Where pubs will really see the difference is with tourists, according to Limerick Chamber chief executive Dr James Ring.

“Overall I don’t imagine we’re going to see some kind of mass exodus to the pubs, or mass movement to the bars tonight, I think it will just be business as usual.”

“But what we will see is that we have the match tomorrow, there’s a lot of tourists in Limerick and it would have been a lost opportunity for the pubs who are trying to recover from the storms earlier this year.”

“It would have been a lost opportunity if the Good Friday laws were still in place.”

“It’s an ongoing situation where we’ve had tourists coming to the country for years, and not understand why they couldn’t get a drink on Good Friday.”

“They might have been here for the weekend or a week and all of a sudden in the middle of it, they can’t get a drink. It's not the norm in most countries so they find it strange. It just levels it out.”

“All publicans were given the choice if they want to remain closed or open up.”