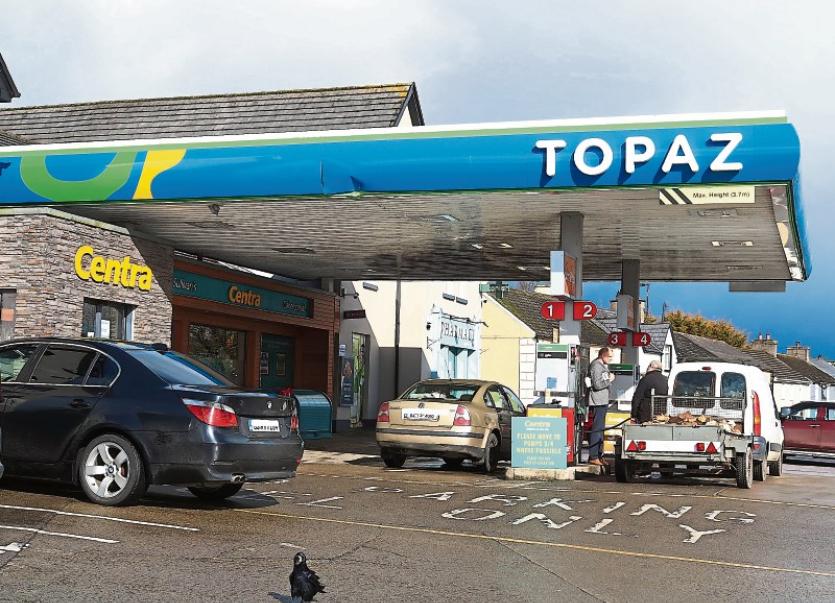 Burglars got in through the front of Centra in Caherconlish Picture: Michael Cowhey

GARDAI are hunting for a gang believed to have robbed two shops in east Limerick on successive nights.

Gardaí are investigating a burglary at Greene's Service Station in Cappamore at 2.30am on Sunday morning, March 25.

"Entry was gained through the front of the premises causing damage to a window and goods were stolen. No arrests have been made and investigations are ongoing," said a garda spokesperson. It is understood a quantity of cigarettes was stolen.

On the following night, criminals broke into the Centra in Caherconlish and made their getaway with “a large sum of cash”.

“It occurred at 1.30am on Monday morning. Entry was gained from the front of the premises and a large sum of cash was stolen from the safe. No arrests have been made and investigations are ongoing," said a garda spokesperson.

One resident in Caherconlish, who contacted the Leader, said: "I saw there was a bit of commotion there on Monday morning. It is a shocking thing to happen. That shop is hugely important to the local community. I hope they catch them." Locals in both Caherconlish and Cappamore have been rallying around their local shops.

Owner of the Centra in Caherconlish, Brian O’Sullivan said they have received huge support in the aftermath of the crime.

“They have been very vocally supporting us and letting us know how disappointed they are in what is after happening. I want to acknowledge the huge support from across Limerick and especially the people of Caherconlish. They have been great,” said Mr O’Sullivan. He also paid tribute to his staff.

“I want to thank them for working so professionally to get the shop back up and running on Monday morning and ready for trade. It is business as normal,” said Mr O’Sullivan.

Gardai in Bruff and Cappamore are investigating the break into Greene’s Service Station while guards in Caherconlish and Roxboro are looking into the burglary at the Centra.

Anybody who may have been in Cappamore or Caherconlish on the nights in question and saw suspicious activity are asked to contact gardai.