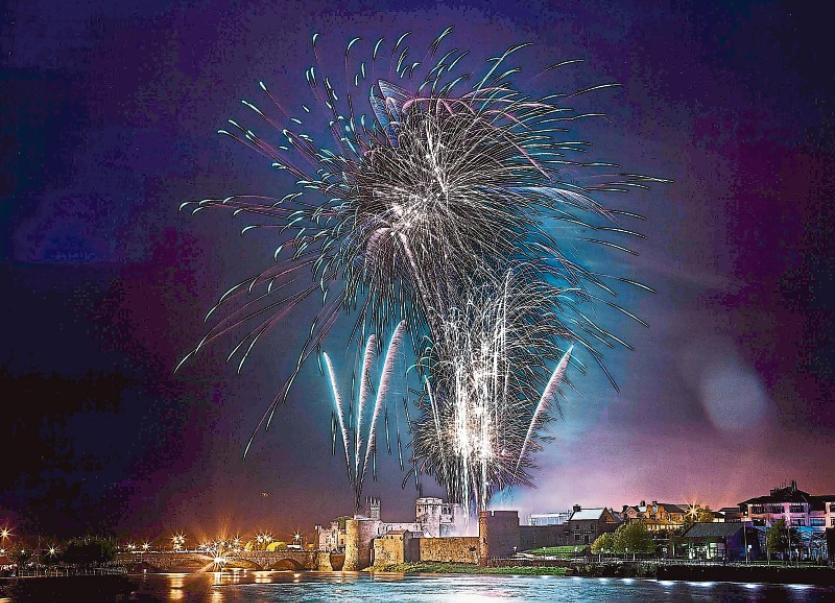 Riverfest ended with a spectacular fireworks display last year – but there are now calls for more funding from Failte Ireland Picture: Alan Place

Riverfest, which takes place on the May Bank Holiday weekend, cost €238,000 to stage last year.

But, councillors were told by arts director Sheila Deegan this week that Ireland’s national tourism body is prepared to contribute just €5,000 to that total this week.

While local authority management will meet Failte Ireland staff this week to discuss the matter, there was criticism from councillors, who have now called for senior executives to attend a council meeting.

“Why is our marquee event getting just €5,000 from Failte Ireland? How does this compare to marquee events in Kilkenny, Killarney and Co Clare,” asked Fianna Fail’s metropolitan district council leader James Collins.

Cllr Joe Leddin, Labour, added: “This is an abject failure on the part of Failte Ireland. I would request a senior executive from Failte Ireland be brought in to ask why Limerick always seems to be off their radar.”​

His party colleague Elena Secas suggested that Failte Ireland executives attend this year’s Riverfest celebrations, to “illustrate why €5,000 is not enough.”

The figure came up in the context of the council’s arts department seeking over €30,000 from the councillor’s General Municipal Allocation (GMA), a tranche of money the destination of which is decided by members.

In a presentation to councillors, Ms Deegan, and council communications manager Laura Ryan pointed out a number of proposed uses for this.

This includes €21,000 on a double zip wire over the River Shannon, which would be made free to the public.

An audience survey identifying why people attend Riverfest is to cost €3,500, with street performers demanding €2,000.

But Cllr Collins said: “Coming to us a few weeks before the festival is not the way to do business. We should be talking about Riverfest 2019 now. It seems like we are using our GMA to fill a hole in the budget.”

In response, Ms Deegan said 70% of the money for Riverfest is raised locally, noting that the lack of investment from Failte Ireland is “disappointing”.

City traders contribute €27,000 to the festival, she added.

Cllr Daniel Butler, Fine Gael, said he would love to see the zip line going the length of the river, perhaps connecting to one of the towers of King John’s Castle.

”It would be great for the adventurous types out there,” adding he would like to see the popular Arthur’s Quay Park Ferris wheel installed as a year-round attraction.

Kieran O’Hanlon joked at the meeting that perhaps Taoiseach Leo Varadkar could “put in a call” to Failte Ireland to increase Limerick’s funding share.

This was in reference to comments the Fine Gael leader made in the United States last week.

On a more serious note, the Fianna Fail man said the regatta should be moved from Castleconnell back to the city centre.

Cllr Elena Secas called for European funding to be put in place to help support Riverfest 2018 and onwards, something Ms Deegan said would be looked at.

Councillors approved a GMA of €30,000 on the condition Failte Ireland bosses would be brought in.