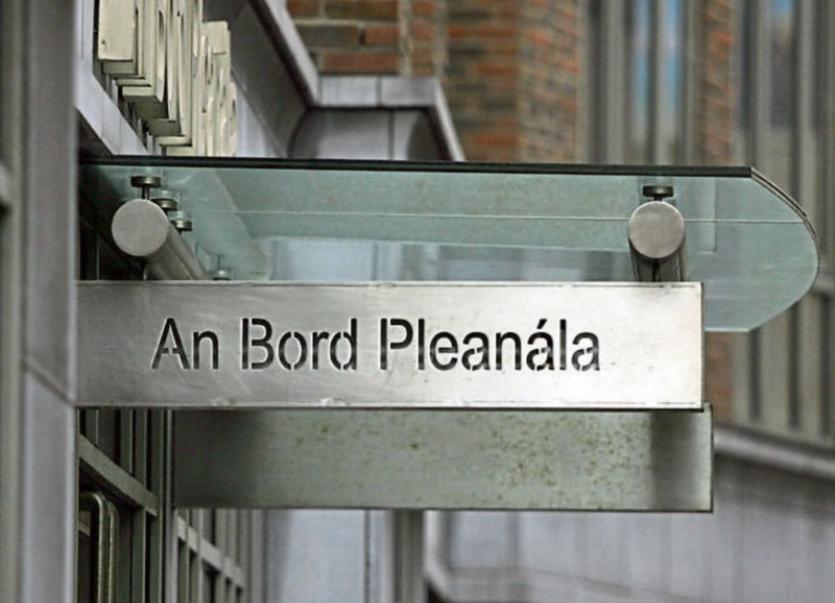 An Bord Pleanala refused the farm gate and entrance

A COUNTY Limerick farmer’s plans to erect a gate and build a new entrance have been turned down for the second time.

Below that, it stated it is the “proposed new entrance to farmland for Edward Hennessy at Cloghnadromin, Ballysimon”.

The reasons given for refusal were that the proposed development would be “contrary to the proper planning and development of the area because it constitutes a new access on a heavily trafficked section of the national road network - the N24 Limerick to Tipperary national primary road at a point where the maximum speed limit for this type of road applies and the traffic turning movements generated by the proposed development would interfere with the safety and free flow of traffic on the adjoining road”.

Mr Hennessy appealed the council’s decision to An Bord Pleanala. He listed a number of grounds for appealing it.

They include when he purchased the land holding around 20 years ago it had the benefit of a right of way onto the roadway, although that entrance arrangement was never used as an alternative access was available through adjoining lands.

“However, within the last 12 months the adjacent lands have changed ownership and the new landowner has stated that he no longer wants the applicant to cross his lands due to the potential for damage, whilst he has further submitted that the applicant should use his own entrance via the right of way.

“The adjacent landowner has continuously complained of the applicant’s alleged trespass/crossing of his lands and has threatened to cease same through the erection of a fence.

“The landholding proposed to be served by the new entrance arrangement is of particular importance to the applicant as he operates a ‘family farm’ which is reliant on the drawing of silage from the lands in question,” read the grounds of appeal.

In his submission, Mr Hennessy said adequate sightlines are available from the proposed entrance onto the public road in both directions.

And the proposed entrance will not give rise to any increase in traffic movements to or from the applicant’s landholding.

In support of the grounds of appeal, the Board was referred to the accompanying correspondence addressed to Mr Hennessy from the neighbouring landowner’s legal representatives which states the following: “We are instructed that you have been crossing the southern boundary of Mr Keogh’s property for the purpose of access to adjoining lands. Please note that you have no authority or right whatsoever to enter or in any way use that particular portion of our client’s property and we now call upon you to immediately refrain from doing so again.”

The Board decided to refuse permission, generally in accordance with the inspector’s recommendation, for the following reasons and considerations.

The inspector’s report, which runs to 12 pages, was published last week.

The Board cited the Spatial Planning and National Roads - Guidelines for Planning Authorities issued by the Department of the Environment to avoid the creation of any additional access point from new development to national roads to which speed limits greater than 60 kmh apply.

That the Limerick County Development Plan, 2010-2016 seeks to protect the capacity and safety of the national road network in the county and states that developments that require a new access onto a national road will not be permitted.

“The proposed development would involve the creation of a new access onto the N24 national primary road, where a speed limit of 100 kmph applies.

“It is considered that the traffic turning movements generated by the proposed development would endanger public safety by reason of traffic hazard, would interfere with the free flow of traffic on this national road, would compromise the level of service and carrying capacity of the road at this location, and would fail to protect public investment in the national road network, both by itself and by the undesirable precedent it would set for similar such development.

“The proposed development would contravene the provisions of guidelines and objectives of the County Development Plan, and would, therefore, be contrary to the proper planning and sustainable development of the area,” stated the Board.