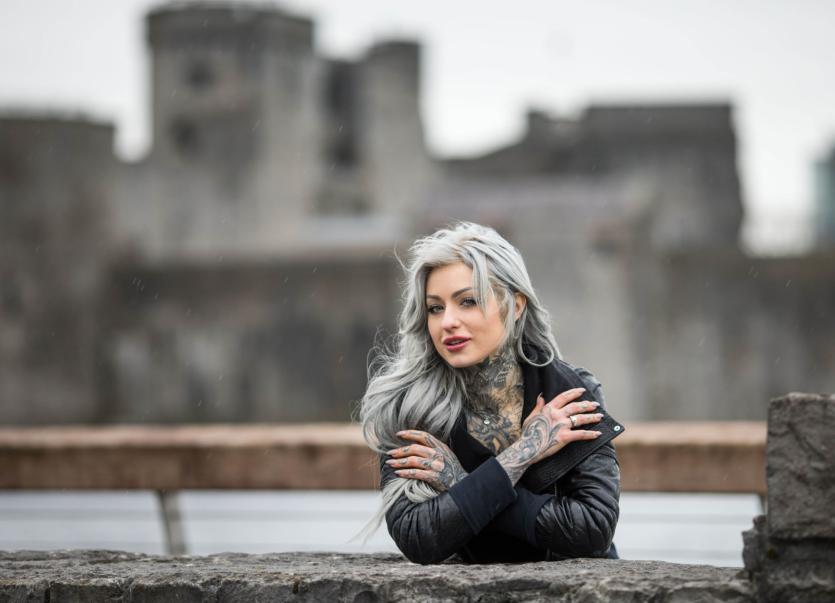 A NUMBER of the 'top tattooists in the world' are to attend a convention in Limerick this weekend that has become the top event of its kind in Ireland, organisers say.

Over 1,500 are expected to attend the Limerick Tattoo Convention, including "three of the top tattooists in the world", according to Roy Keane, one of the organisers along with Sylwia Butkieicz and Thomas Skwara, who are expecting a crowd that could even be the biggest attendance ever at an Irish tattoo convention.

Some 100 artists, 1,500 attendees and 400 tattoos will be on show at the annual Limerick Tattoo Convention this coming weekend, Saturday and Sunday, March 24 and 25.

Held for the first time last year, the gathering of some of the best known tattooists in the world returns to the South Court Hotel and is expected to be even bigger and better than last year’s inaugural event.

Mr Keane, owner of Soul Addiction Tattoo Studio on Roches Street, explained: "Limerick was probably the largest urban centre that didn’t have a convention in Ireland. We wanted to address that and bring back the best of what we had seen at conventions around the world but on a smaller level, of course.

"So, when we set about pulling the first convention together for last year, we really wanted to raise the bar as high as we could and make sure our event in Limerick would be different and, ultimately, better than any other convention here.

This year’s event sees artists from 25 countries attending, among them some of the best known tattooists in the world.

These include Luke Sayer, winner of E4’s Tattoo Artist of the Year, Ryan Ashley Malarkey, winner of US reality TV show Ink Master, which comes with a first prize of $100,000 and star of Paramount’s Ink Master Angels TV series and Teresa Sharpe, possibly the best known female tattooist on the planet.

Also attending will be Belfast based Chris Crooks, who specialises in Japanese style tattooing and has clients who jet in weekly for appointments from all over the world, while show host will be famous tattoo model and Sullen TV Presenter Bernadette Macias from LA.

"We have three of the top tattooists in the world at our event and the great thing about it is that it is not just for people with tattoos," said Roy Keane.

"Last year a very large percentage of the attendance were people who were just curious about tattoos but not necessarily people who are going to get one. We also have a lot going on in parallel with the event, including DJs, live bands, break-dancers, pole acrobats, magic-show and circus acts such as jugglers and hula hoop performers. It’s very much a family affair. In addition to all that there will be tattoo competitions throughout both days.

“We have a lot of people coming in from abroad, particularly the UK and mainland Europe, to get tattoos from some of the top artists in the world. They wouldn’t have a hope of getting an appointment with these tattooists in the US or UK.

“It’s not just the attendance that enjoys it; the artists do too. On the Friday night we go to the medieval Banquet in Bunratty and it’s a great opportunity for them to get together and catch up. Last year, one of the most famous artists in the world told me that they had never enjoyed a vibe like it," he added.