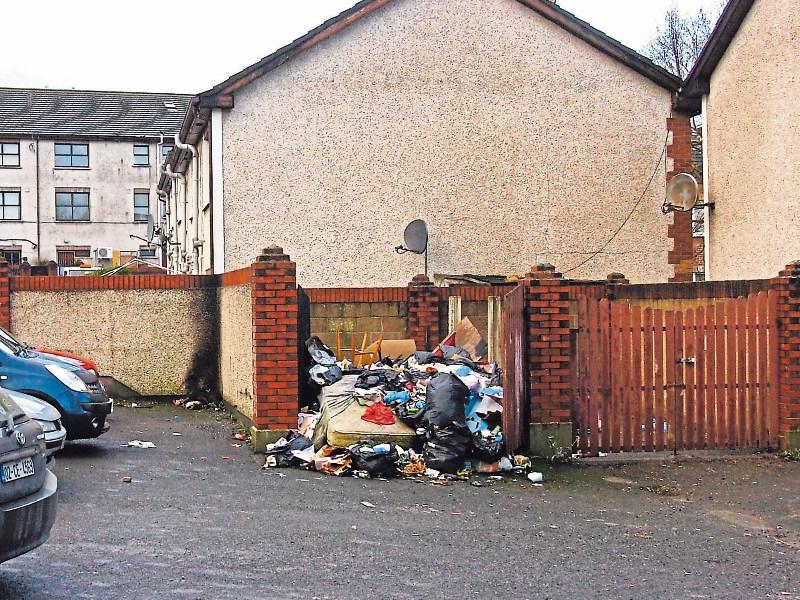 Random dumping of rubbish, anti-social behaviour, bonfires on winter nights - just three of the problems afflicting Johnsgate, an area launched with such hope and ambition in 1990

ONE of the stand out successes in Limerick over recent years has been how we tell the new Limerick story. Where once we spent endless hours defending negative perceptions about our city, we have evolved into a city singing our potential from the rooftops.

Every day we are reading of how our city is attracting jobs, creating a new vision and aspiring to great things.

We must give credit to the many different groups, individuals and official bodies who collectively have enabled the Limerick narrative to overcome the dark days of the past.

However, we also must reflect on the fact that such a positive narrative isn’t totally new for Limerick.

“The pace of change in Limerick, city of history and tradition, is accelerating. From being a byword for dereliction and neglect in many areas not so long ago, Limerick has shaken off the inertia of years and is restoring its historic buildings and constructing some of the finest new office blocks and retail premises yet seen in Ireland”.

Sounds kinda familiar, doesn’t it? This was the sales pitch from a Limerick commercial property supplement published on April 4 1990. The supplement highlighted some of the newest additions our city centre boasted at the time.

One of those was Johnsgate Village which was completed around 1990.

This was how the same supplement spoke of Johnsgate Village: “Recently opened is a superb new development of 14 houses situated near the historic site of the original walls of Limerick city. The development is mainly three-bedroomed ideally suited to self-catering visitors.

“One of the houses is occupied by a manageress, as residential accommodation and office for the on-site management of the development.

“It is intended to attract several distinct groups of holiday makers to the area and special attention will be given to encourage visitors with recreational interests to base their holidays at John’s Gate Village. Sports such as golf, fishing, equestrian, sailing and boating are all available nearby.”

So, 25 years ago a location in the heart of the city centre was earmarked for the development of a tourist paradise. Visionary, one might think. Fast forward to today and we are left with another ghetto.

Boarded-up houses are a prominent feature of this once-utopian urban holiday village. Rubbish is strewn on the front lawns of the houses. Lighting is poor. Bonfires are lit on winters nights. Anti-social behaviour is rife. Locally it is now described as a no-go area. The manageress fled long ago.

In just a quarter of a century we have enabled a new development, one that initially exuded such ambition, to fall into a state where it is now seen as an unemployment blackspot.

There are good people living in Johnsgate today. There are many other good people who invested in Johnsgate in 1990 who have long since packed up and moved out. What could have been a catalsyst for other small residential developments in our city centre became a case study for how not to do it.

I have spoken with many who know the ins and outs of Johnsgate. There are many varying stories about where the problems started.

The fundamental issue I can see from the Johnsgate story is the profound failure of various bodies to nip a problem in the bud. Instead of taking pride in a new urban investment we allowed a small cohort to do it damage.

The Johnsgate story is a microcosm of the greater urban Limerick picture from recent years. It is also a timely reminder that great visionary projects have the ability to go pear-shaped if they are not managed, looked after and controlled.

We need Limerick to move to a place where our city centre becomes a living destination of choice for people young and old. Our track record in this regard has not been great. Using case studies such as Johnsgate might just help. They are not easy reading but perhaps may give us some direction for future.

The best of luck to all of those taking part in this year’s St Patrick’s Day celebrations in Limerick.

A host of events are taking place across the city from this Friday right through to Bank Holiday Monday.

This year sees the continued development of the St Patrick’s weekend as a key attractor during the city’s calendar year.

The circus theme for this year’s festival is mirrored through a series of extra events including the Panoramic Wheel and Traditional Carousel which runs until April 15 at Arthur’s Quay Park.

John McCarthy’s Circus Bar Exhibition will run over the course of this weekend at Limerick Museum and Saint Patrick’s Weekend Unlocked is also taking place this weekend at the Milk Market.

Pubs across the city will be showing the Grand Slam decider on Saturday.

A lot of time and effort has gone in to creating a special atmosphere in the city so do get out and support as much as you can over the weekend.