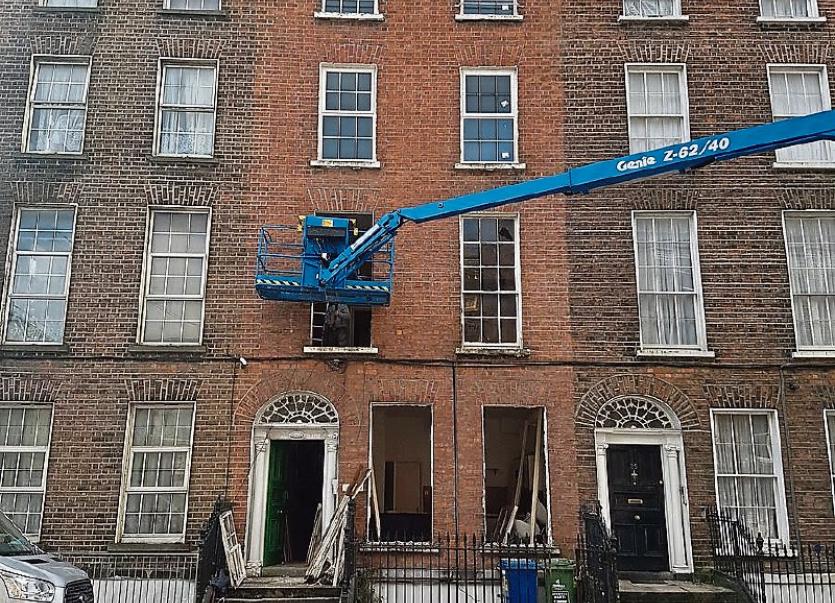 The replacement of original sash windows in Mallow Street. PICTURE: AN TAISCE LIMERICK

LIMERICK City and County Council has confirmed it has initiated an enforcement order against the owners of a building in the Georgian core of the city.

It comes after An Taisce Limerick photographed original timber sash windows allegedly being replaced by PVC windows in Mallow Street.

The heritage group asked the local authority in a tweet what the rules are for replacing windows in the architectural conservation area.

In response, the local authority confirmed an enforcement officer from the council had visited the site.

Original timber sash windows being replaced today by PVC windows in this building on Mallow St. What are the rules for replacing windows in the Architectural Conservation Area? @LimerickCouncil @IGSLimerick pic.twitter.com/WVtFCPCZap

“Enforcement proceedings are being issued in the relation to the matter,” they added.