'There is no such thing': Limerick councillor takes aim at 'Paddy's Day' 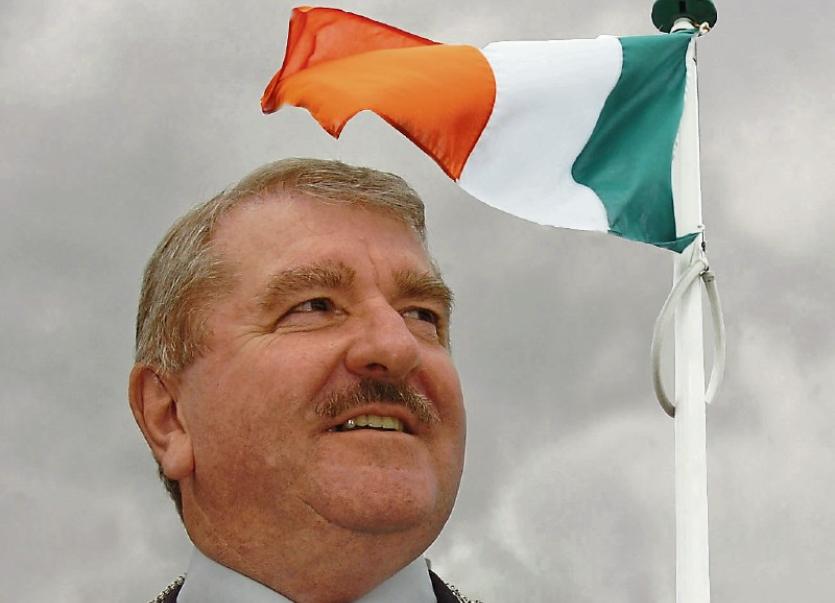 Cllr Kevin Sheahan: ‘Show some respect’ to our national holiday and patron saint

“SHOW some respect and call Ireland’s national holiday by its proper name.”

That’s the view of veteran county councillor Kevin Sheahan of Askeaton in County Limerick this week, who has taken aim at people who refer to St Patrick’s Day as ‘Paddy’s Day’.

Cllr Sheahan, who was the first mayor​ of Limerick’s new local authority, has urged locals not to imitate the “the yuppie media” from Dublin 4, and “resist the temptation to call the March 17 holiday, ‘Paddy’s Day’.”

“There is no such thing,” he told this month’s cultural committee meeting, “It’s not acceptable.”

With that unprompted outburst, Cllr Sheahan left the meeting.

Speaking later, he said: “I think from listening to people, I do believe there is a huge chunk of people out there who would think and believe it’s a bit vulgar. I use this word carefully. Nobody is doing it intentionally. I believe people are doing it out of carelessness and habit.”

He pointed out people in Wales don’t refer to their national saints’ day as “Davy’s Day”.​

Cllr Sheahan suggests Limerick people can set the example and others can follow.

“This has to be done with a carrot rather than a stick approach,” he said. “We have slipped in our respect for our national holiday. I don’t think there is anyone particularly trying to kill the name. I just think we need to remember the proper name, stick with it, and be united.”

Sinn Fein councillor Séighin Ó Ceallaigh, who chairs the cultural committee, admitted he was surprised at his Council rival’s outburst, especially during a debate over the allocation of tens of thousands of euro for arts projects across the county.

“It was a bit of a bizarre comment. We were talking about such huge sums of money, and he just shouted up. Nothing about the funding, just about St Patrick’s Day being called Paddy’s Day. I don’t know what was going on there,” the City East councillor said.

“Personally, I prefer Lá ‘le Pádraig, but that’s my own preferred choice. But there are bigger issues to be concerned about. If people call it Paddy’s Day or St Patrick’s Day, it doesn’t bother me.

“I was shocked that he started going on about it. It was a completely different item on the agenda,” he added.

Cllr Sheahan’s comments come in a week where the Irish tricolour reached the landmark age of 170 years old.