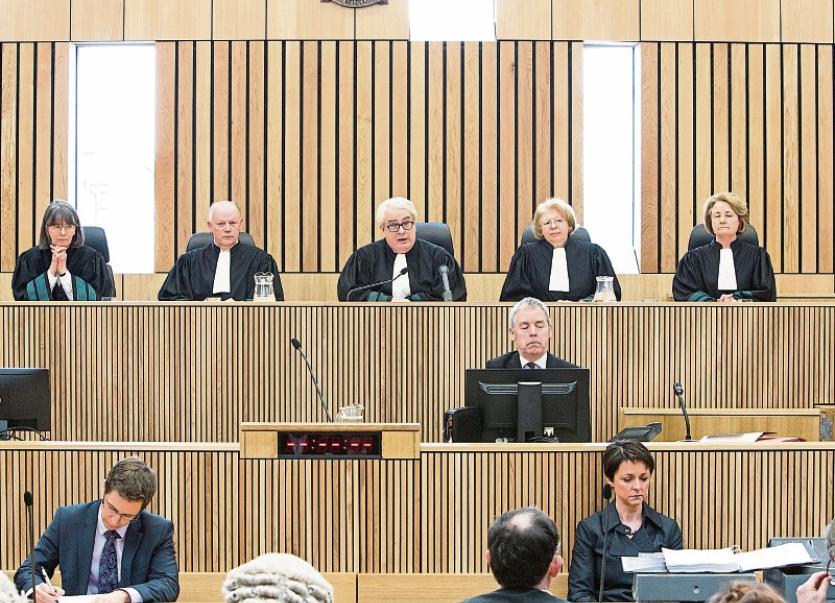 The Supreme Court delivered a landmark judgment while sitting in Limerick for the first time Picture: Press 22

HISTORY was made this Wednesday when the Supreme Court delivered a landmark judgment while sitting in Limerick for the first time.

Following an urgent hearing at the four courts in Dublin last month, the seven-judge court ruled that the unborn has no rights under the Constitution other than the right to life in the Eighth Amendment.

The State had appealed an earlier High Court finding that the unborn has Constitutional rights beyond the right to life.

However, he said it had been possible to reach consensus on the issue and that the decision was unanimous.

The judgment, which was televised, was handed down at courtroom 2 at the new multi-million euro courthouse at Mulgrave Street which was officially opened on Monday.

The three-day sitting of the Supreme Court in Limerick represented only the second time the court had sat outside Dublin in its 87-year history. It previously sat in Cork in 2015.

Mr Justice Clarke added it was important that people could take ownership of the courts with this initiative, see what is going on, and they could also demonstrate that the courts are operating in a fair and frequently very modern way.

While sitting in Limerick, the Supreme Court dealt with three cases involving planning matters from Clare, Kerry and Galway.

This week, members of the court also engaged with the legal community in Limerick, including legal students at UL.