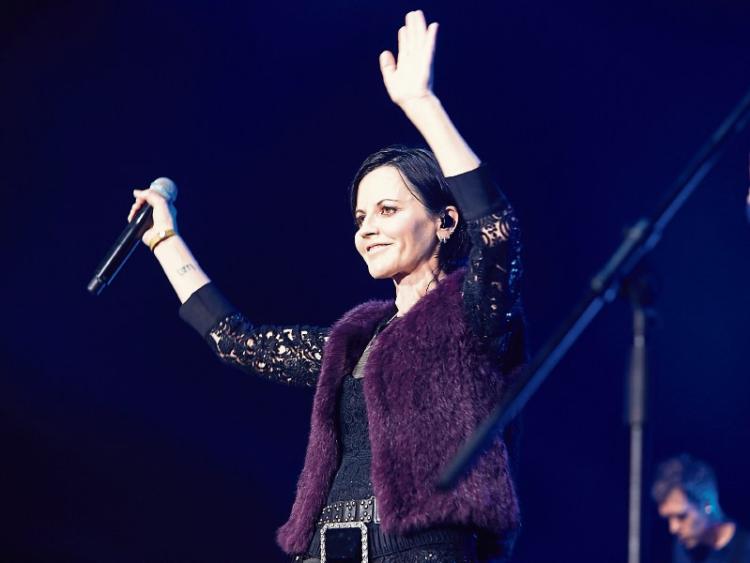 MORE THAN 20 artists from all over the country are to take part in a loving tribute to the music of the Cranberries and Dolores O’Riordan in aid of Adapt House and Limerick mental health services.

The popular ‘I Heart’ gig series usually takes place in Whelans in Dublin, however organisers decided that this very special showcase should take place in the home town of the late Dolores O’Riordan.

Other events that have paid homage to departed artists included I Heart Bowie and I Heart Elliot Smith.

I Heart the Cranberries takes place at Dolan’s Pub on July 5, as part of Limerick Pride and in aid of women’s domestic abuse charity Adapt House and Limerick mental health.

More than 20 artists, who will be announced in the coming days, will gather to pay tribute to the late Dolores, who passed away suddenly in January.

Audience members can expect unique renditions of some of the world's favourite Cranberries songs from a mix of Irish performers.

The gig will be a celebration of diversity, women, the LGBTQ community and Irish music according to Limerick singer-songwriter Emma Langford, who is organising it.

“When Dolores died, everyone was shocked and saddened and we all wanted to do something to pay tribute to her,” Ms Langford said.

“I think it was inevitable that there would be musical tributes around the country and I just really wanted to make sure something happened here in her hometown.

“Of course, Jane Fraser and Paula McSweeney pulled together a really gorgeous sing-song in the park the day before Dolores was buried.

“I thought it would be fantastic to hold a massive event that pulled people together from all over the country and that also gave people a chance to come from elsewhere in the world to visit Dolores’ hometown.

“I just started reaching out to people and I don’t think a single person wasn’t immediately jumping at the chance to be involved.

“The artists are yet to be announced but there are some very, very exciting ones.”

The gig will be raising money for mental health, a cause that was close to the late Ms O’Riordan’s heart.

“I wanted to make sure we were supporting a cause that meant something to Dolores.”

“Its very easy to impose your own ideas of what would have matter to her so I wanted to be very careful not to do that.”

“I dropped Noel Hogan (Dolores’ Craberries bandmate) a message and asked if there was a cause that was close to her heart and he said a mental health organistion would have meant a lot to her.”

I Heart the Cranberries is due to take place during Limerick Pride, Ms Langford added.

“Dolores was just such an icon and she brought so many artists, and female artists together.

“So between all that, I thought it made the I Heart the Cranberries gig an obvious candidate for Pride Week.”

There is also a considerable amount of interest in the event from fans of the Cranberries outside of Ireland, Ms Langford added.

“I think we’re going to have a huge influx of people coming in from all over the world.”

Tickets go on sale at 10am on Friday March 9 from the Dolan’s website. Due to phenomenal demand for the event, booking online is highly advised to guarantee entry.

Tickets cost €12, with all profits going to Adapt House and Limerick Mental Health.