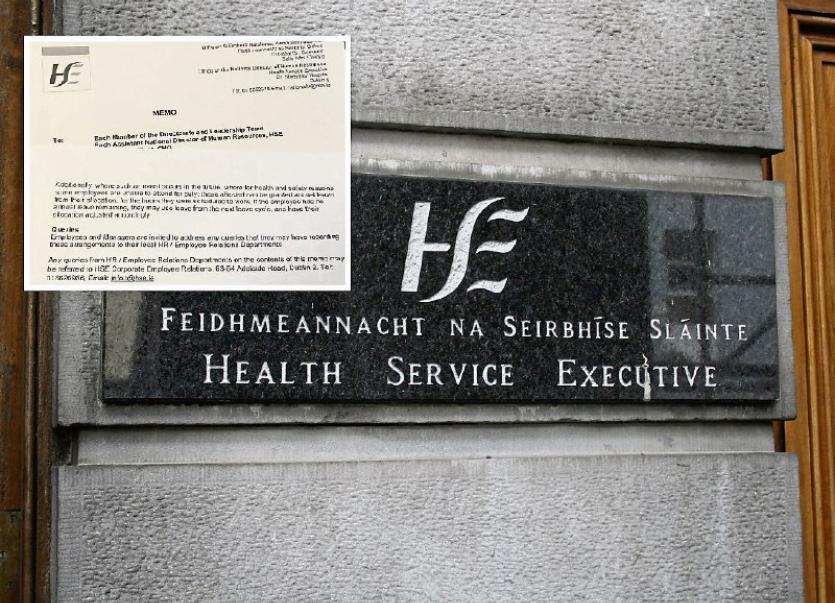 The HSE director told management in the memor that if staff, for health and safety reasons, could not turn up for work, annual leave hours would be cut

A MEMBER on the West Regional Health Forum has called on the HSE to treat its staff fairly, following the release of a controversial memo over non-attendance during Storm Emma.

On Tuesday, the HR national director Rosarii Mannion issued a memo to nationwide management, indicating that staff would have their annual leave cut if, for health and safety reasons, they could not attend work.

Referencing a memo that had been sent out to staff regarding Storm Ophelia, the director said that those who were unable to attend work, for health and safety reasons, were paid for the hours which they were scheduled to work. They did not have to take annual leave.

However, in a memo sent on February 27, it said that in the event where employees are unable to attend work for health and safety reasons “those affected can be granted annual leave from their allocation, for the hours they were scheduled to work”.

The memo states that if the employee has no annual leave remaining “they may use leave from the next leave cycle and have their allocation adjusted accordingly”.

But after the Limerick Leader quizzed the HSE about the contentious memo, the HSE stated that staff would be granted emergency leave with pay, and could “make up the time before December 2018”.

Cllr Malachy McCreesh, who sits on the West Regional Health Forum, said the HSE “needs to recognise that all staff members deserve to be treated fairly. When staff members are unable to attend work due to health and safety concerns, as may be the case with the current forecast storm, renumeration should not become the issue. The staff working in the Limerick hospitals and throughout the country have always shown a high level of dedication. They have kept the services running in very difficult circumstances over a long number of years. Attracting and retaining health service staff is recognised by the HSE as a major problem so every effort should be made to show the existing staff that they are valued employees.”