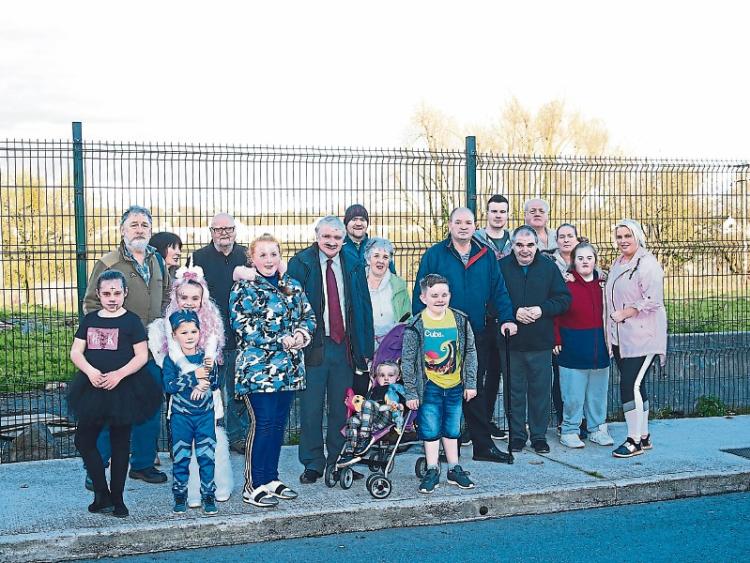 Residents of the Thomondgate New Road, pictured at the empty site, which they want converted into a nature park Picture: Michael Cowhey

A CAMPAIGN has formally kicked off to open a nature park in one of the last green areas in Thomondgate in Limerick.

Pat Murphy is to hold meetings with the Limerick Civic Trust with a view to securing their support for the conversion of a green patch of land on the New Road, currently owned by the council.

“The idea is to develop an eco-friendly park with an interpretive centre for young and old to enjoy and study nature up close in a safe and secure environment,” Mr Murphy said.

He has already written to residents across Thomondgate to float the idea.

“It's just about getting the message out there and keeping it alive until we go to the next level. I think this could be the best thing that would happen to Thomondgate. But it wouldn't just be for Thomondgate, it would be for the city and beyond this,” he explained.

He claims the green patch of land is not suitable for housing, because it’s too close to the river.

Brown's Quay and the areas around the New Road have previously been subject to large amounts of flooding.

“This site which is currently empty has enormous potential to enhance the community, taking advantage of the natural resources along the River Shannon, and will greatly enhance the enjoyment of this area by local and wider residents of the area,” Pat’s letter to residents reads.

He believes an interpretative centre could be put in place, to make the site accessible for members of the community who might have intellectual disabilities.

At present, Pat added the site is dangerous because it’s not in use.

The site, he added, has become a magnet for anti-social behaviour. ​

Residents were supported by Fianna Fail TD Willie O’Dea when they originally raised the proposals back in November last.

He said: “Council has allowed too many houses. They have loaded Thomondgate with social  housing.”

The green field, which used to have houses, has lain idle for 20 years.