Limerick farmers stock up on heaters, not bread 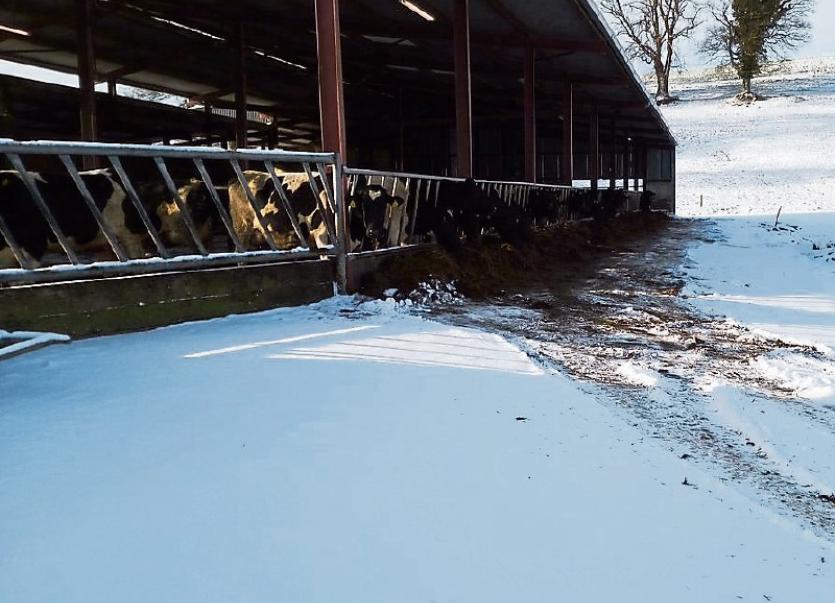 To the outsider, Martin Crowe’s photos of his Doon farm look pretty but snow and freezing temperatures during the already hectic calving season is going to cause extra hardship and dangers to County L

WHILE the rest of the country is worrying about bread, farmers’ main concern is water – and keeping it flowing to cattle and in parlours to produce the milk everybody is also bulk buying.

Things were looking up for farmers – the badly needed dry spell allowed them to spread slurry. Some on good land even got cows out on grass for spells.

But then the snow and freezing temperatures arrived.

All the headlines have been about empty shelves of bread but farmers have more pressing concerns than their bellies.

A spokesperson for Dairygold said in their co-op superstores there has been “a significant demand for heating items including infra-red bulbs for calves and space heaters to help farmers warm their parlours”. They have also seen an increase in sales of warm clothing items such as boots, gloves, socks, hats and thermal wellies.

“The potential for danger and farm accidents increases in these kinds of conditions and farmers must be vigilant on their own families’ behalves and particularly on behalf of elderly neighbours, who may well become anxious as the extreme cold snap hits,” said Mr McCabe.

Joe Healy, IFA president, said it is already a busy time of year on most farms.

“However, the deteriorating weather, freezing ground conditions and continuing snowfall are now adding increased hardship and work on many farms.

“Over the next number of days, farm families will continue to face extreme challenges for themselves and their livestock. It is absolutely essential that farmers think of their own safety and the safety of their families and their neighbours at this time,” said Mr Healy.

He continued: “Animals need to be well nourished in the cold weather and the possibility of getting them out to grass is now very much on hold, which will have an impact on already tight fodder supplies.”