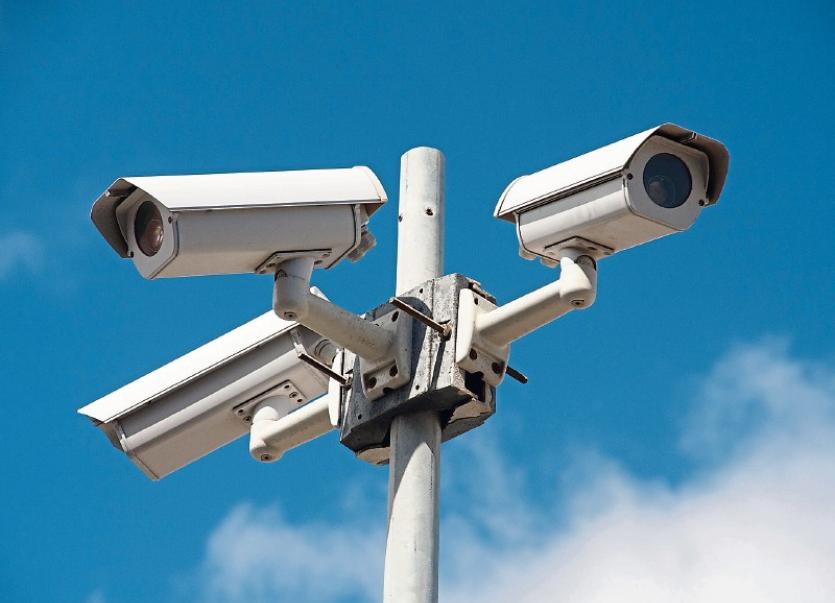 A PROMINENT County Limerick solicitor has written to gardai and the Data Protection Commissioner about the Limerick City and County Council’s roll-out of high spec CCTV cameras in 14 communities.

Rossa McMahon said what first caught his attention about the CCTV scheme was the amount of money being spent – €500k with half each from the Council and Department of Housing.

“Newcastle West has been crying out for investment by the Council in recent years and funding was announced for street improvements which could be hugely beneficial for retailers and tourism.

“But now we find huge sums being spent on very intrusive camera poles at key points in the town, in the middle of a roundabout where one might expect to see trees and in front of Desmond Hall, the historic medieval castle complex at the heart of the town,” he continued.

Mr McMahon said what people might not know is that the system is not the traditional CCTV camera.

“The Council has installed a variety of cameras, most of which have not been authorised by the gardaí, and which will be combined with powerful surveillance technology that can track cars, faces and even patterns in clothing.

“These technologies are being proposed or installed in other countries but there has been plenty of backlash and public concern.

“It is not an exaggeration to say that the Council is installing technology used by authoritarian police states like China. There have been public CCTV cameras in Newcastle West for some years, but they were installed to address specific anti-social behaviour problems and they were the ordinary type of camera,” said Mr McMahon.

The Council says that the need for the system was established in a hinterland study it carried out a few years ago, but in Newcastle West, for example, that study showed a decrease in crime in the town of almost one quarter, he says.

Mr McMahon agrees CCTV can play a role in dealing with crime but says there are laws that apply to the Council as well as anyone else that wants to set up a CCTV scheme.

“Community CCTV is governed by the Garda Síochána Act and must be authorised by the commissioner. The Data Protection Commissioner has published guidance that it expects to be followed by public CCTV schemes. The forthcoming General Data Protection Regulation (GDPR) will make the privacy implications even more significant and I understand that some other local authorities no longer want to be involved in community CCTV because the legal obligations and liability are too serious.

“The Council has repeatedly said that the system will comply with data protection law, but I have yet to see any evidence of that happening.”

In conclusion, Mr McMahon said: I think the Council owe it to residents of the county to be upfront about what they are putting in place and to be clear about what the system, which has worrying capabilities, will be used for.”

Dr Mihai Bilauca, head of the Council’s digital strategy, has stressed that “privacy and data protection are paramount”. He said that use of a camera system must be for a specified purpose and necessary to meet an identified pressing need.

“The use of a camera system must take into account its effect on the privacy of individuals, with regular reviews. There must be transparency, including a published contact point for access to information and complaints. There must be clear responsibility and accountability for all system activities,” said Dr Bilauca.