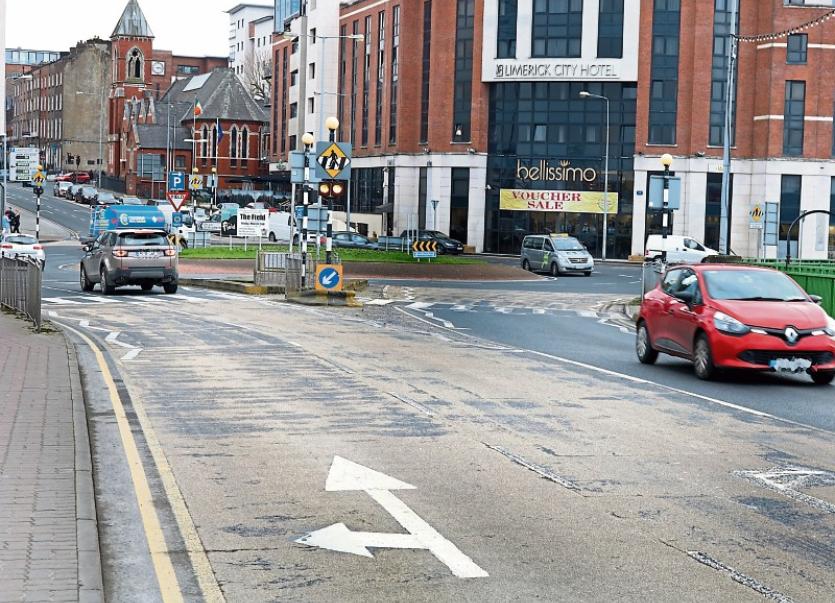 Antoin MacGiollaphadraig was prosecuted following an incident at Shannon Bridge Roundabout on January 13, 2017

A MOTORIST who was prosecuted for taking the incorrect exit at Shannon Bridge Roundabout in Limerick was acquitted after a judge ruled the court summons was flawed.

Garda Geoffrey Kenny of the divisional traffic corps told Limerick District Court he observed a car exiting the roundabout onto the Dock Road having travelled over Shannon Bridge on the left hand lane.

The driver of the car, which was stopped at Dock Road, was Antoin MacGiollaphadraig, aged 61, who has an address at Newenham Street.

Garda Kenny told Judge Marie Keane that traffic travelling on the left hand lane is only entitled to turn left onto Howley’s Quay or straight onto Henry Street.

While not disputing his client’s actions, solicitor Darach McCarthy submitted the summons was flawed and that the case could not proceed.

“There are no markings on the roundabout itself, the road markings are clearly on the bridge,” he said.

Mr McCarthy also submitted there was confusion as to which of the specific road markings his client had not complied with on the morning. Having considered the submission Judge Keane agreed with solicitor Darach McCarthy and she formally dismiss the charge.