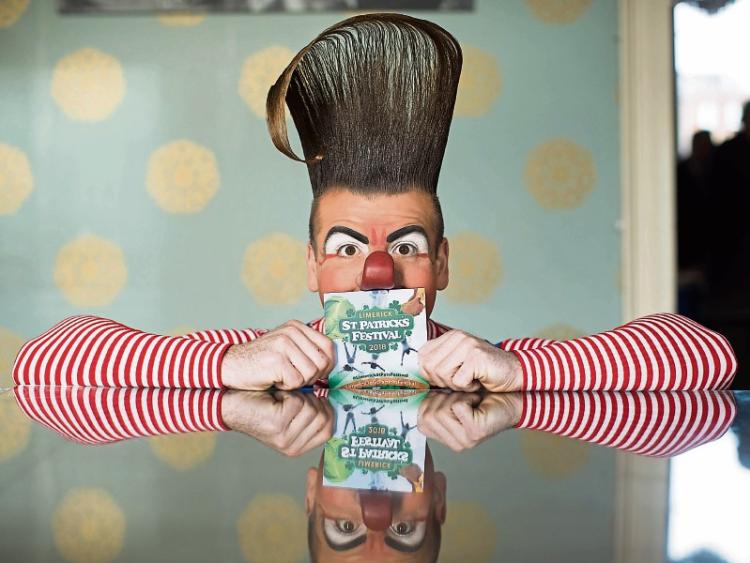 Edward Fossett – Otto the clown of Fossett's Circus – will be part of the exciting St Patrick’s Festival in Limerick this year PICTURE: Sean Curtin/True Media

AN EXPLOSIVE fireworks exhibition, a circus bonanza and a fresh panoramic view of the city centre. This is just a small teaser of what is to be experienced at this year’s exciting St Patrick’s Festival in Limerick.

The eclectic line-up of this year’s programme of events was launched by Limerick City and County Council at Culture House, Pery Square, this Tuesday.

To mark another year of festivities, organisers also announced the new Grand Marshall of the St Patrick’s Day parade, the legendary ringmaster of the famous Fossett’s Circus, Marion Fossett. The Grand Marshall said she was “delighted” to mark the family circus’ 130th anniversary in “a city we have entertained on so many happy visits over that time”.

The parade is celebrating the 250 years since the art-form of the Circus was born. The two kilometre route of the parade will be filled by participants from all parts of Limerick and across the country, including schools, sports clubs, industry and the new communities that now call Limerick home.

.@LimerickCouncil’s Arts and Culture chief Sheila Deegan takes us through the magic of St Patrick’s Day, the parade and the festival ☘️☘️☘️ pic.twitter.com/kvyippaOjw 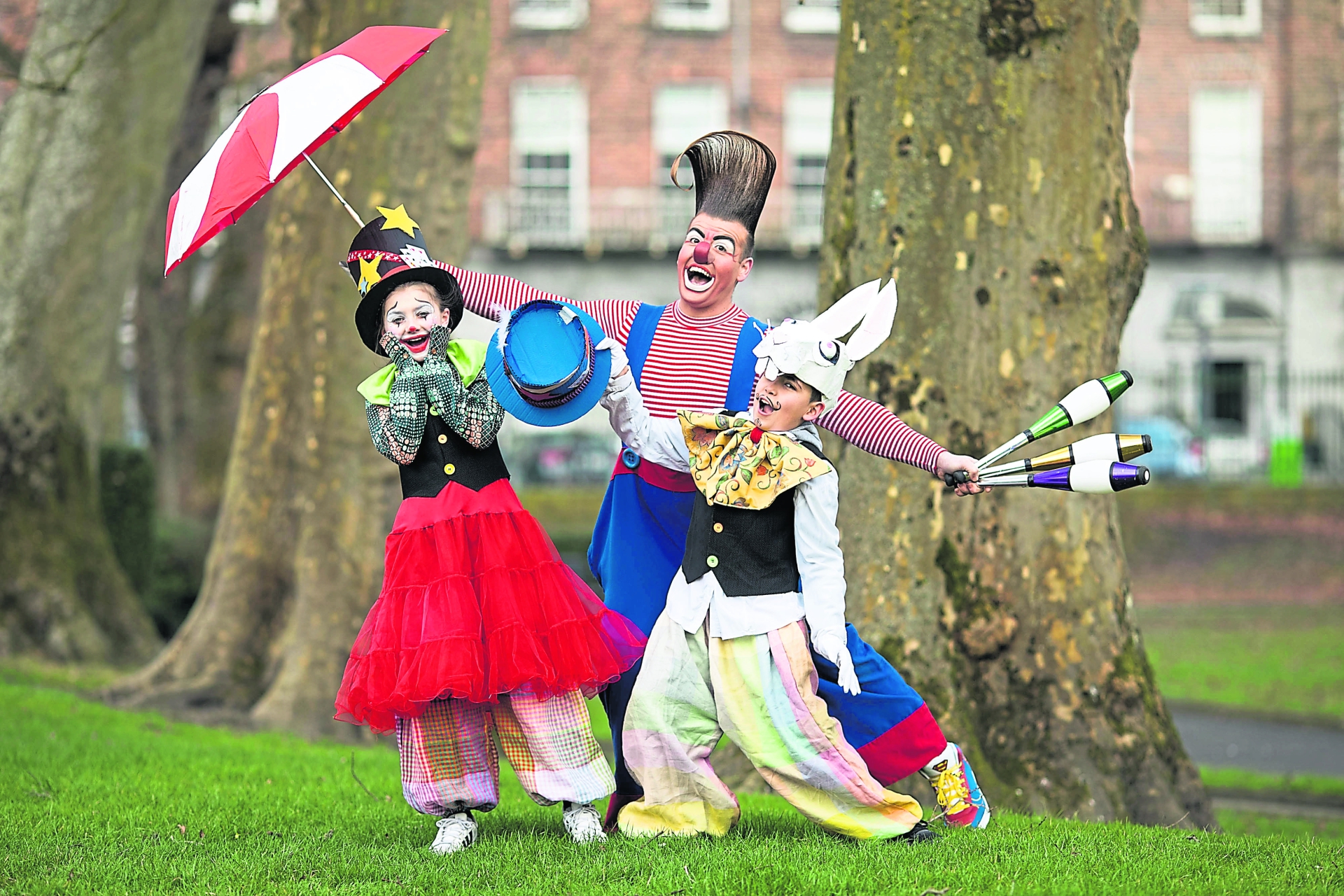 The expected tens of thousands of spectators will be thrilled by colourful and high energy entries as they wind their way down O’Connell Street from Roden Street all the way down to Rutland Street.

Highlights of the festival include the annual parade on March 17; fireworks display on March 19; panoramic wheel and traditional carousel from March 10 to April 15; Fossett’s Circus from March 15 to 19; the 48th annual Limerick International Band Championship on March 18; and many more.

The council’s culture and arts officer, Sheila Deegan said that she is excited about the “rich offering and range of events”.

The festival’s creative director Aidan Phelan said: “This year’s line-up is looking fantastic with more local groups, clubs and companies participating than ever before. Local street arts company Lumen will join in the fun with a traditional circus themed entry and the award winning dancers from Spotlight Stage School will return for another energetic performance.”

The grand finale on March 18 — the St Patrick’s Festival Extravaganza — features musical entertainment as illuminations are projected onto the walls of King John’s Castle before the fireworks display at 9pm.

Speaking at the launch of this year’s Limerick St Patrick’s Festival, Mayor of the City and County of Limerick, Cllr Stephen Keary said: “St Patrick’s Day is always a special time for families. It is so heartening to see so many people travel into the city year after year to watch the parade and enjoy all the other the festivities that Limerick has to offer during what has now become a weekend of celebrations.”

The best viewing points are Clancy’s Strand and Sarsfield Bridge.

For the programme of events, visit the St Patrick's Festival website.