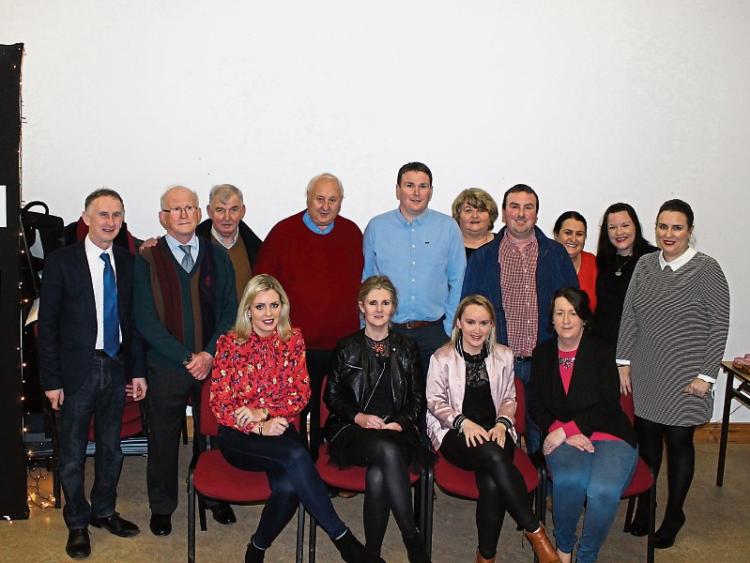 DREAMING the big dream has won the day in Loughill, the Shannonside community which is now set fair to have its very own Field of Dreams on the Wild Atlantic Way.

If all goes to plan, the Abha Bhan Parish Park will be ready for use well ahead of the original schedule by the end of the summer.

When the idea of a multi-use parish park was first dreamt up in late 2015, the expectation was that it could be a four or five-year project, the chairman of the Abha Bhán committee, Declan Hallett explained.

"We will come in under three years."

An early donation of a key 2.5 acre site in the heart of the village gave the organisers the crucial kick-start they needed. This sparked a strong, local fund-raising which, coupled with significant grants from the Town and Village Renewal Scheme, the Sports Capital Programme and the JP McManus Foundation, have put the target of €360,000 within reach and put the committee in pole position to go ahead at full throttle.

Voluntary labour and free use of equipment have also contributed to early progress on the project. Clearing of the site, generously donated by Mary McNamara, is now underway and  the next step, according to Mr Hallett, will be the fencing off the river.

And he expects work on installing the playground for children up to 12 to begin in early April. After that, all the other elements in the multi-functional park will be rolled out: a flood-lit Multi Utility Games Area or Muga, which is aimed at young people over 12 and adults; a walking/jogging track; a sensory garden and a seating area.

There will also be parking space for 24 cars.

The original impetus for the Parish Park,  Mr Hallett explained, came from parents of young families.

“We feel a bit left behind,” he said. “We all have kids and we have had to bring them to Foynes or Glin to use the playground. So we thought why not get our own?”

But that original idea quickly became more ambitious and more inclusive and expanded to become a facility which all ages and all abilities in the community could use and enjoy.

But, Mr Hallett continued, they also hope that it will encourage visitors to stop as they travel the Wild Atlantic Way and help boost local business or perhaps kickstart new ones in a community that has taken some knocks with the closure of its shop, post office and two of its three pubs.