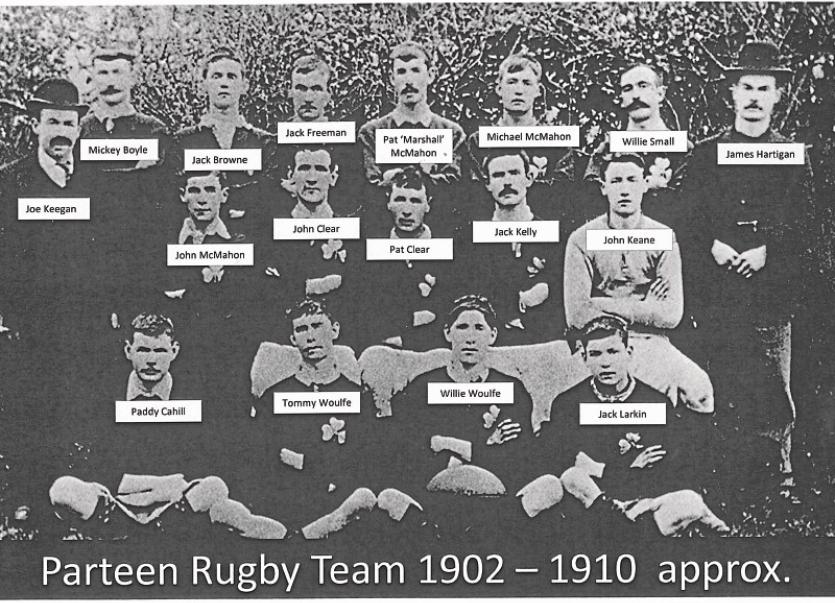 The project is focused on an old photograph of a Parteen rugby team, that features in a book titled The History and Folklore of Parteen and Meelick

PUPILS at Parteen National School are seeking help in their efforts to tell the life-stories of the 15 men who played on the Parteen rugby team more than a century ago.

The theme of the project being undertaking by 17 history-loving pupils and their third class teacher Cathal Crowe is “United by sport, divided by war”.

The project team’s work centers on an old photograph of a Parteen rugby team, which dates back to sometime between 1902 - 1910, that features in a book called The History and Folklore of Parteen and Meelick which was written by local historians Dónal Ó Riain and Séamas Ó Cinnéide.

The photograph, which was published in the book in the 1990s, is captioned and some of the surnames resonated with the pupils as they feature prominently in the community.

“This is a fantastic opportunity for the children. I’d like to thank Mr Crowe for volunteering to do this after school and acknowledge the interest of the 17 children who are staying on after school to complete this research. I’m really looking forward to where this project will lead,” said Ger Ruane, principal of Parteen National School.

Anyone with relevant information can either phone the school on (061) 340457 or by email  on parteenhistory @gmail.com.