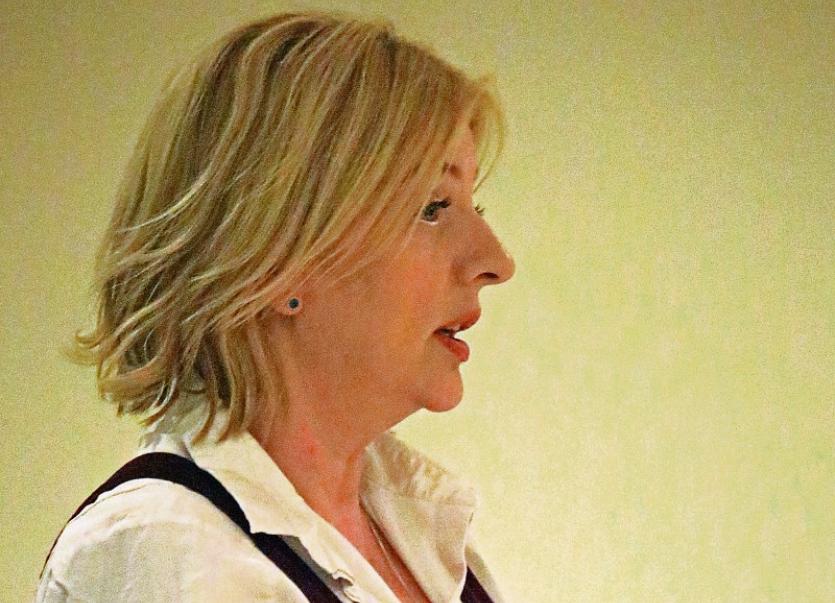 Liadh Ní Riada, is to bring the issue of riverbank erosion in Abbeyfeale before the European Parliament

SINN Fein MEP for Ireland South Liadh Ní Riada is to bring the issue of riverbank erosion in Abbeyfeale before the European Parliament.

The pledge has emerged following a visit to the town at the weekend where she also met with Eamon and Marie Roche, whose home is under threat after their backyard terrace was swept away by the river.

“I was shocked by the situation they find themselves in,” Ms Ní Riada said, adding that she had grave concerns about the environmental damage that would arise if the house were to fall into river.

"A home should be a place of security and safety, and I can't imagine the awful stress and fear of watching a river come ever closer to your back door,” she continued. “I witnessed for myself the impact that river erosion on the Feale is having on the Roches and their home. It was frightening to see the damage to the Roches property, with the river now only a few feet from their back door".

She has now called on Limerick City and County Council and the OPW to take immediate action and to work together to reinstate defences along the banks of the River Feale.

"I do not understand why the OPW or Limerick City and County Council will not provide assistance to the Roches to protect their home,” Ms Ní Riada continued. “There is a solution to this issue; the Roches need the assistance of the OPW and the Council to reinstate the defences along the river bank".

Ms Ní Riada’s party colleague, Cllr Seamus Browne, has also argued that action taken now could save hundreds of thousands of taxpayers’ money in the future.

“I think the council’s strategy on this has to rethought,” he said. The issue is what is the most economical way forward, he said.

Meanwhile, Eamon and Marie Roche met earlier this week with senior officials from Limerick City and County Council. “We wanted to clarify exactly what the position was,” Ms Roche told the Limerick Leader as they had received conflicting accounts.

They had put their life’s work and savings into the New Street house as their retirement home, she pointed out.

“The offer of social housing and letting this house fall into the river just doesn’t bear thinking about,” Ms Roche added.

“We are now 100 days since the wall was taken. We are still left struggling.”

They would not be taking up the offer of social housing, she said. “It is the river that caused all this and the problem is nobody is responsible for the river.”