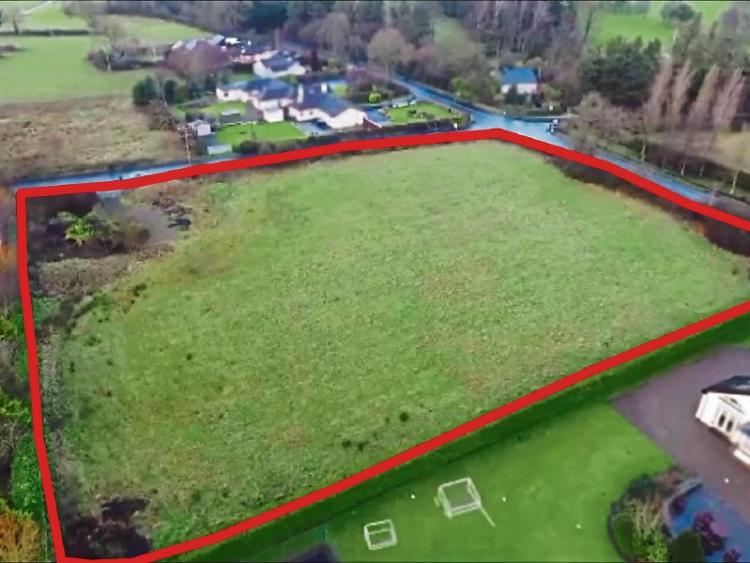 A FIELD in Ballyclough must be the most expensive agricultural land ever in County Limerick – it sold for over a million in the boom and now has been bought for €156,000.

Located at Derrybeg on the corner of Ballycummin and Ballyclough Roads, it is just two acres in size. Privileged cattle have been grazing the expensive grass for the last number of years.

Tom Crosse, group property director of GVM, was guiding at €90,000 before last week’s auction. After six bidders fought it out his gavel fell at €156,000 for the two acres. The average price of good agricultural land in County Limerick is around €10,000 an acre.

While Mr Crosse would not discuss the history of the field, the Limerick Leader understands from local sources that the same piece of land was sold for a figure in excess of €1 million during the Celtic Tiger boom years.

“People were looking at it as land that might have long-term building potential or they may get a site on it for a house going forward but there are no guarantees in life. What you see is what you get and what you buy is what you buy,” said Mr Crosse.

The auctioneer said the field in Ballyclough is in a “high class location”.

”It is a very desirable area to live. It is adjacent to Limerick Golf Club and within 10 minutes of the Crescent Shopping Centre and UHL.

“The field has road frontage on to two roads and is very good land. It is currently used for agricultural purposes. It has been used to graze cattle,” said Mr Crosse.

It is understood the new owner has bought the field with a view to hopefully getting planning for a house, while the vendor has relocated to another part of the country.

In his 35 years experience in the auctioneering business, Mr Crosse said: “It is the most expensive agricultural field I have ever sold.”