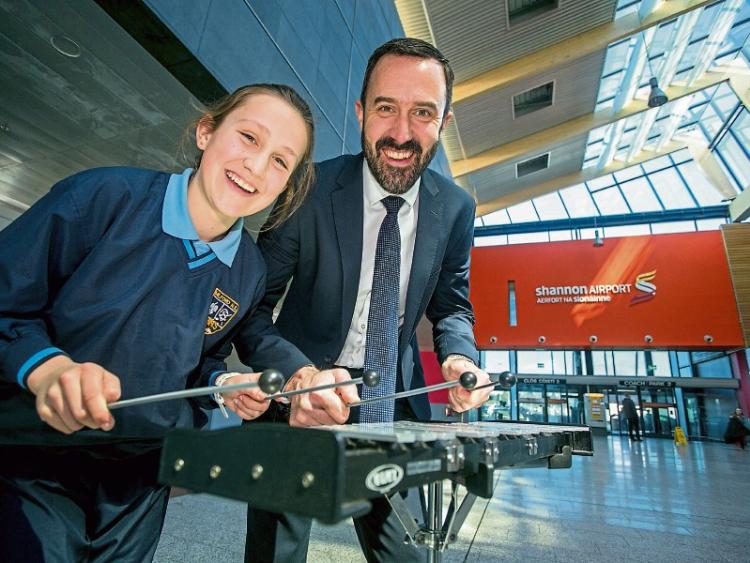 SHANNON Airport has predicted strong growth in its transatlantic passenger numbers for 2018, with traffic to rise by 20%.

The airport and its parent group Shannon Group believe that capacity on its transatlantic services will increase by 20% this year, notably following recent confirmation by Norwegian Air International that it is to increase flights to the east coast of the US.

2018 will see Shannon operate eight transatlantic services across seven destinations with six different carriers, including the launch of new services with Air Canada to Toronto and American Airlines expanding its Philadelphia service.

The growth from Norwegian, Air Canada and American Airlines means Shannon will have its largest number of transatlantic services in over 17 years.

It comes after a recent announcement that Ryanair is to add two new routes and increase frequency on an existing UK service from Shannon.

Shannon Airport managing director Andrew Murphy said: “We are excited about the way 2018 is shaping up.

“After four consecutive years of passenger growth, the focus in 2017 was on consolidating growth from recent years, ensuring Shannon continues to be a strong performing base for our airline partners, not least in the midst of the uncertainty caused by Brexit.

“We are positive about the year ahead with growth underpinned by increased Norwegian Air International capacity, a new direct service to Toronto with Air Canada, a popular new Reus-Barcelona service with Ryanair and we hope further new route announcements in the near future,” he added.

Shannon Group CEO Matthew Thomas said 2017 was “very much about investing in the future”.

“In addition to securing new routes for 2018, we also invested €20 million in airport upgrades, resurfacing our runway, expanding our customer offering with new food and bar outlets and our new look Duty Free store, which opened just before Christmas.

"Since separation from daa, we have invested over €40 million in the airport and by the end of 2018 we will have invested more than €100 million across the Shannon Group. We are very proud that we will have achieved this scale of investment without receiving any Exchequer support.

“As we move into 2018, we are excited about the prospects for growth for the Airport, for Shannon Group and for the region in 2018 and beyond,” he added.