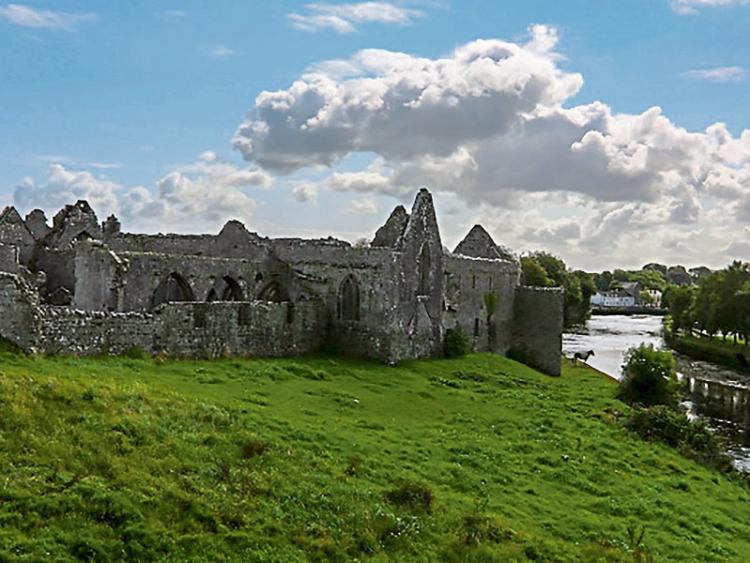 LIMERICK could become part of a national Pilgrim Way stretching the length of the Shannon and up to Donegal as part of a tourist drive to attract more visitors to the country’s spinal cord and its hinterland.

The Pilgrim Way, its proposers hope, could eventually prove as attractive to visitors as the Wild Atlantic Way or Ireland’s Ancient East.

However, the project is still very much at drawing-board stage, Shay Riordan, manager of West Limerick Resources explained this week. But they expect to appoint consultants shortly  to carry out a feasibility study on the proposal.

That study, Mr Riordan said, would essentially be a scoping exercise, looking at the sites along the route, those in  private ownership, or with public access and assess what is available.

The aim of the feasibility study is to develop a 350km  route that will enable visitors, from home and abroad, to follow “the Way  journeyed by early Christian monks fleeing persecution... and to immerse themselves in Ireland's Celtic, monastic and medieval history, unlocking the ancient stories of monks and Vikings”.

West Limerick Resources and up to 12 other Leader groups along the route are involved in trying to develop the project.

“Waterways Ireland is expressing interest and we are very keen,” Mr Riordan added.

“We know that community groups, local authorities and Leader companies have done work on individual sites along the route but there has never been an overview before,” Mr Riordan said.

“It is a big undertaking and it is not without its complications,” he added.

If the primary route can be established, it could be added to in time, Mr Riordan acknowledged.

But, he said: “The first step is to try and get the core route identified.”

A key objective in developing Shannon Erne Pilgrim Way is to revitalise communities along the route, enabling them to develop economically and socially. The hope would be that it would sustain existing businesses and help kick-start new businesses based on the arts, tourism and recreation. The feasibility study will also look at the demand for such an offering in national and international tourism.

Meanwhile, progress is also on the horizon for the Great Southern Greenway walking and cycling trail. According to Liam O’Mahony, chairman of the Friends of the Great Southern Trail, Kerry County Council has recently cleared the 10km track from the Limerick boundary to Listowel, hopefully opening the way for the extension of the greenway into Kerry.

“There are also positive signals regarding the extending  of the existing Tralee Urban Greenway to Fenit,” Mr O’Mahony said.

A meeting of the Friends will take place in the Devon Inn Hotel this Thursday evening at 8pm to update the public about all recent developments, including the Barna Tunnel.