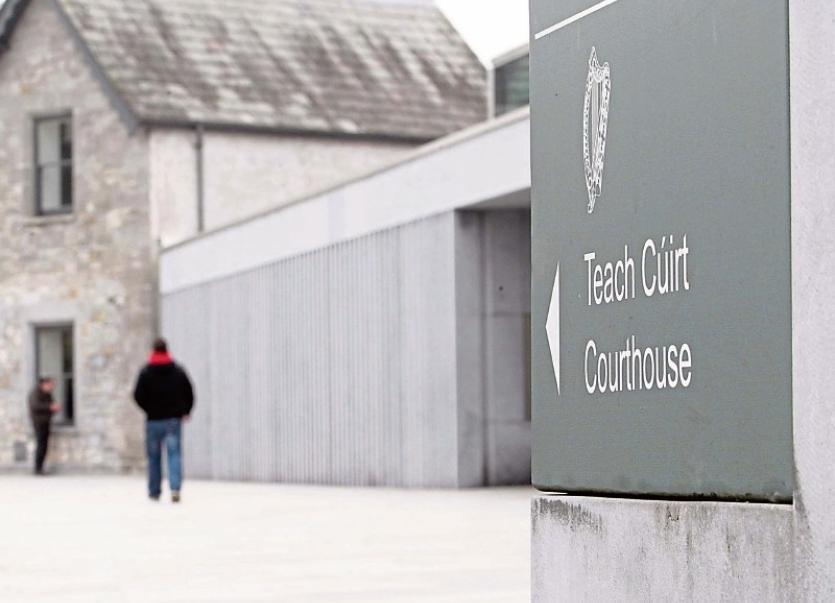 The four men all appeared in Kilmallock Court

THREE MEN and a youth were charged this Tuesday in connection with an incident where a man was hit with a hatchet in County Limerick.

The four were accused of producing slash hooks and a sword during a fight on the main street of Kilteely on May 21, 2017.

All the males were charged with violent disorder.

All the defendants were granted bail subject to a number of conditions including not contacting any witnesses.

Mr Hannon does not have to obey a curfew as the former Limerick minor hurler and underage soccer international plays sports four nights a week and often travels in his job as an apprentice electrician.

Liam Carroll, barrister for all the defendants, said Mr Hannon having to obey a curfew and signing on three times a week “could end up costing him his job and his place on sports teams”.

Mr Hannon took the stand and said he has started work at 5am and 6am and has “been away all week” including in England. He said he trains two nights a week with Kilteely GAA Club and Fairview.

Mr Carroll told the court: “I fail to see the need for such restrictive conditions. The restrictions are wholly excessive.”

“The DPP has directed they go forward to trial on indictment unless there is a guilty plea,” said Segt Leahy.

Judge O’Leary ordered that Mr Hannon doesn’t have to obey a curfew and is to sign on in Bruff garda station on Saturdays and Sundays.

“Gardai are to be notified if you are in England,” said the judge.

Garda John Ryan said Mr Leamy’s reply to each charge was “I didn’t do anything.

For all three men, the DPP directed summary disposal on “a plea of guilty only”.

The teenager said “I’ve done nothing wrong” after he was charged. The DPP directed summary disposal in this case.

The cases were adjourned back to Kilmallock Court.