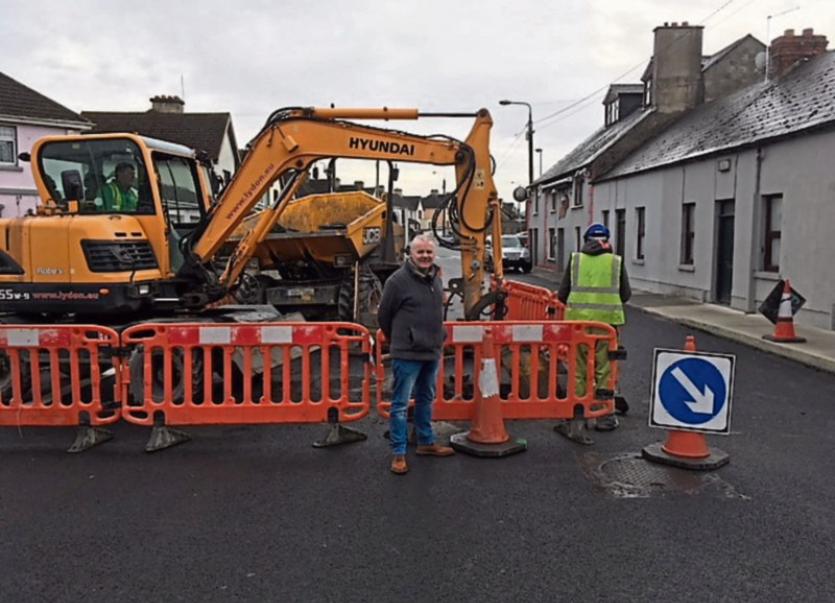 That is according to Sinn Fein councillor John Costelloe who is now calling on the Council to provide more community consultation prior to these types of decisions being made.

Cllr Costelloe, who held a community meeting last Tuesday to discuss the matter, said that he received “numerous calls from local residents angry to have been woken to the knocking of this wall”.

“Concerns were expressed regarding how this decision could impact on them with fears of increased dumping and anti-social behaviour in the area,” he said.

He commended two Council officials for attending the meeting at Kinsella’s Bar, after which “many of these fears have since been allayed”.

“While their attendance was greatly appreciated, it is regretful that such a consultation wasn’t held prior to the commencement of works on the weir.

“There remains a frustration in the area that such a location, straddling the river, remains in a condition of disrepair.

“At a time when we are trying to highlight our maiden city to tourists globally, it seems remiss of our Council to leave such an idyllic river bank location in such a condition.

“We hope now that the Council will commence consultation with residents in the area to determine how to utilize this location for the betterment of the local community and the city more generally,” the northside councillor said.