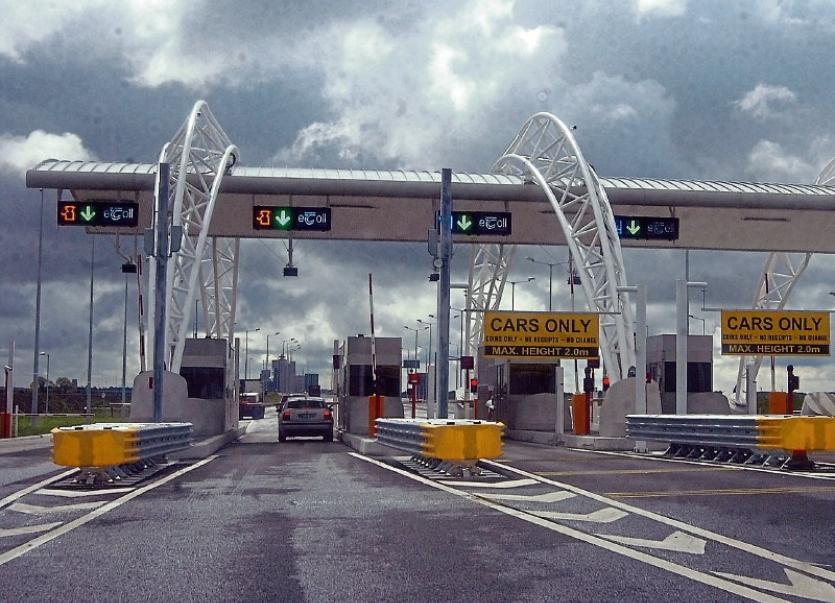 Neil MacGiolla Cearra was convicted of endangerment relating to an incident at the toll plaza at Coonagh. He was banned for four years

A MOTORIST who drove through a barrier at the Limerick Tunnel with another man on the bonnet of his car has been disqualified from driving for four years.

Neil MacGiolla Cearra, aged 49, who has an address at Clogollia, Sixmilebridge had denied three charges relating to a road rage incident on August 6, 2016.

During a contested hearing at Limerick District Court, which lasted for several hours, Judge Mary Larkin was told the defendant was returning home after collecting his children in the city when the offences occurred.

Another motorist – Andrzej Pacholski –  said  he was driving his Audi A6 on the southern ring road in the direction of the Limerick Tunnel when he was alerted to a black car in his rear-view mirror.

“It was quite close,” he said adding he was in the fast lane at the time as he was overtaking a Ford Transit van.

Mr Pacholski, who was travelling with his wife and  daughter, said he continued travelling at the same speed and that he then saw the black car – a Volkswagen Sharan – move into the left lane and onto the slip road coming from the N69.

“It overtook the Transit on the left hand side,” he said adding that the car, which was being driven by Mr MacGiolla Cearra, then hit his car as it attempted to move into the right hand lane.

“I almost hit the concrete barrier,” he told the court.

The witness said the VW Sharan continued on and passed through the tunnel and that he followed it while his wife contacted gardai.

“I said (to her) I would catch this guy before the toll. I told her to take a photo of the car,” Mr Pacholski told Sergeant Donal Cronin.

Judge Mary Larkin was told the complainant pulled up behind Mr MacGiolla Cearra’s car after it entered the toll plaza and that he got out of his own car and ran around to the front of the Sharan.

His intention, he insisted, was to get him to remain there pending the arrival of gardai.

CCTV footage from the toll plaza shows the car then moving forward despite the presence of Mr Pacholski (at the front) who ends up on the bonnet of the moving car.

The Sharan can then be seen exit the lane and Mr Pacholski can be seen pushing up the barrier as the car passes under it.

“I was in shock, I was holding the edge of the bonnet,” said the witness who was wearing shorts and a t-shirt at the time.

Judge Larkin was told that after exiting the lane, the defendant accelerated before breaking suddenly in order to “deposit” Mr Pacholski on the ground.

The Polish national sustained bruising as well as several cuts and scratches.

Being vigorously cross-examined by solicitor John Herbert the witness denied he was travelling parallel to the Ford Transit and was “hogging the outside lane” when the first incident occurred.

Mr Herbert put it to Mr Pacholski that he had braked suddenly while travelling on the motorway which forced his client to slow down.

He said the events had not unfolded as described and put it to the witness that his car had ‘nudged’ the car being driven by Mr MacGiolla Cearra.

Mr Herbert said it was bizarre that nobody else reported the incident to gardai and he accused Mr Pacholski of threatening his client at the toll plaza and putting him in fear.

“He was frightened of you because of what you had done earlier on the road,” he said.

Kevin Markham who was working at the toll plaza said he observed a verbal exchange between the two men and that he understood it related to an earlier accident.

He said he heard Mr Pacholski mention that gardai had been called and that gardai did arrived a short time later.

When asked, Mr Markham told Sgt Cronin Mr Pacholski did not approach Mr MacGiolla Cearra and he did not hear any threats being made. “The atmosphere was not hostile,” he said.

Garda Alan Clerkin told the court he arrived at the toll plaza at around 5.40pm where he met Mr Pacholski.

He then called to the defendant’s home before examining his car which had been dropped to a mechanic in Shannon a short time after the incident.

While no serious damage was caused to either vehicle, Garda Clerkin confirmed the front passenger side of Mr Pacholski’s car was damaged around the “wheel area” while the rear bumper of Mr MacGiolla Cearra’s car was damaged on the driver’s side.

In his evidence, the defendant insisted the car being driven by Mr Pacholski was traveling “parallel” to the Ford Transit van and that it braked suddenly when he pulled up behind it.

“I didn’t know what was going on, I thought it was a bit dangerous,” he said.

Mr MacGiolla Cearra said he then pulled into the left hand lane remaining behind the Ford Transit.

Both vehicles, he said, then undertook the Audi which he claimed “shot forward and clipped me” as he pulled back into the fast lane.

When asked about the incident at the toll plaza, the defendant, who has a number of convictions for road traffic offences, said he felt vulnerable.

“He was a big guy, he was angry looking. he was waving his arms around,” he said.

Questioning the witness, Sgt Cronin accused him of engaging in an exercise of “fabrication and lies”.

When Mr MacGiolla Cearra accused Mr Pacholski and his wife of telling lies, he commented that this was a “ridiculous proposition and an outrageous thing to say”.

He put it to the witness that his driving had been like “something you would see on an X Box” and that even if his version of events was correct, his actions had been highly dangerous.

Convicting the defendant, Judge Larkin said it was “absolutely clear” Mr MacGiolla Cearra made a decision to move across the slow lane and onto the slip road before “shooting back out”.

In relation to the endangerment charge, she said he had made a decision at the toll plaza not to stop his car.

“He thought if he moved forward incrementally and slowly that Mr Pacholski would get out of the way,” said the judge adding that Mr MacGiolla Cearra could have caused a fatality.

“Anything could have happened when he fell off the car,” she said adding that his actions were clearly intentional.

She fined him €250 in relation to each of the charges and disqualified him for four years.