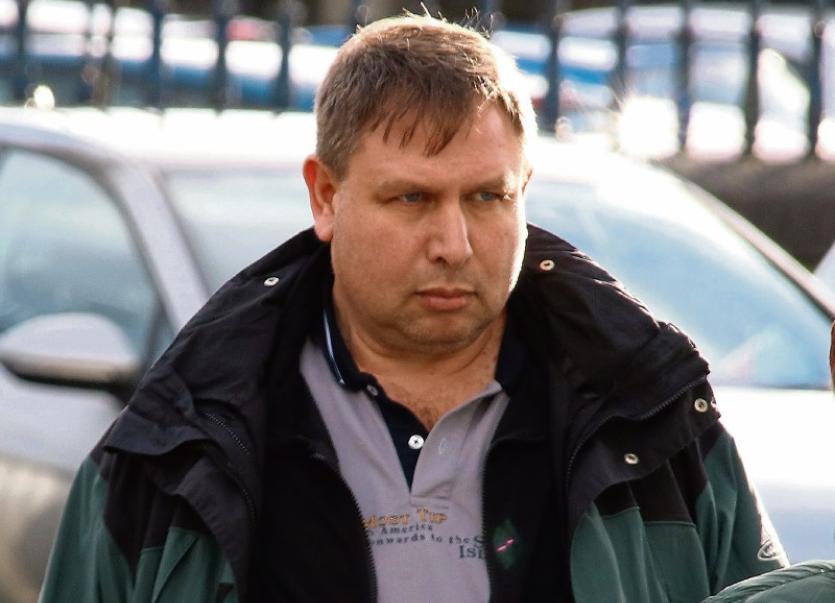 A GERMAN man who drove at speed into an oncoming car killing the elderly driver believed, at the time, he was fleeing from ghosts and spirits who wanted to possess him, a Limerick court has heard.

In one of the first verdicts of its kind in Ireland, Hans Schnottalla, aged 50, who has an address at Ballycarney, Clarina was found not guilty by reason of insanity of dangerous driving causing the death of Patrick ‘Sonny’ O’Reilly almost three years ago.

At the beginning of the trial, the jury of six women and five men was told the facts of the case were not in dispute but that the defendant’s “mental state at the time” would be a key feature of the trial.

The 73-year-old, a native of Ferrybridge, was returning home when his Ford Focus was struck by a Skoda Yeti being driven by the defendant. “It was a very severe impact,” he said, confirming that Mr O’Reilly was pronounced dead at the scene by a local doctor.

A post mortem showed the pensioner sustained multiple injuries in the impact which left his car facing in the direction it had come from.

Sgt Staunton said several witnesses described seeing Mr Schnottalla smashing the windscreen of his car with his bare hands following the impact. He then walked away from the scene - leaving his own five-year-old son in the rear seat.

“He seemed out of it, something was not right. He didn’t even check his child,” one eyewitness, Michelle Cusack, told gardai.

It was later established the defendant had broken a red light at Clarina Cross and had dangerously overtaken another car before veering at speed into Mr O’Reilly’s car.

Following his arrest, Mr Schnottalla, was taken to University Hospital Limerick where he was assessed by a psychiatrist and involuntarily detained at Unit 5B for a number of days.

He subsequently told gardai he “felt odd” on the morning of the collision and was not able to concentrate.  He admitted driving through the red light and overtaking traffic but said he said he could not remember the collision.

The jury was told the defendant had been diagnosed as suffering from schizophrenia more than a decade ago but had stopped taking his medication some time prior to the collision.

Mr Schnottalla’s wife told gardai she had become concerned about her husband’s condition in the days before the collision.

“She saw signs he was unwell,” said Sgt Staunton who added that on the morning of the crash she found him having a shower without any running water.

He told Anthony Sammon SC, instructed by solicitor Julieanne Kiely, that Mr Schnottalla was not adhering to his medication regime and that he believed he had suffered an acute psychotic breakdown around the time of the incident.

Dr O’Connell said the defendant informed him that on the morning of the fatal crash he was fleeing from his home and driving at speed in order to escape from the entity.

“His behaviour at the time was a direct result of this persecutory false belief and delusion that he had to flee from the devil - for want of a better word,” he said informing the court he was satisfied Mr Schnottalla’s mental state at the time reached two of the three criteria set out in law for an insanity defence.

Dr Francis John Kelly, Consultant Forensic Psychiatrist, who examined the defendant on behalf of the prosecution, said he agreed “by and large” with the opinions of his colleague but was of the view that Mr Schnottalla met all three of the criteria set out in law for an insanity offence.

He said he was aware that in August 2000 Mr Schnottalla was involved in a road crash in Germany after he took his hands off the steering wheel.  “He thought he was Jesus and that God would steer it (the car)” he said adding he did not believe the defendant should be allowed to drive again.

In his charge to the jury this Wednesday afternoon, Judge Tom O’Donnell said it was an “extremely unusual case” given the level of agreement between the prosecution and defence.

“The central issue for you is the mental state of the accused at the time,” he said urging the jurors to disregard any sympathy they had for any of the parties involved in the case.

Having deliberated for just under 40 minutes the jury returned with a uninimous verdict.

Following lengthy legal arguments, Judge O’Donnell directed that Mr Schnottalla be detained at the Central Mental Hospital to faciliate an assessement as to his “future dangerousness”.