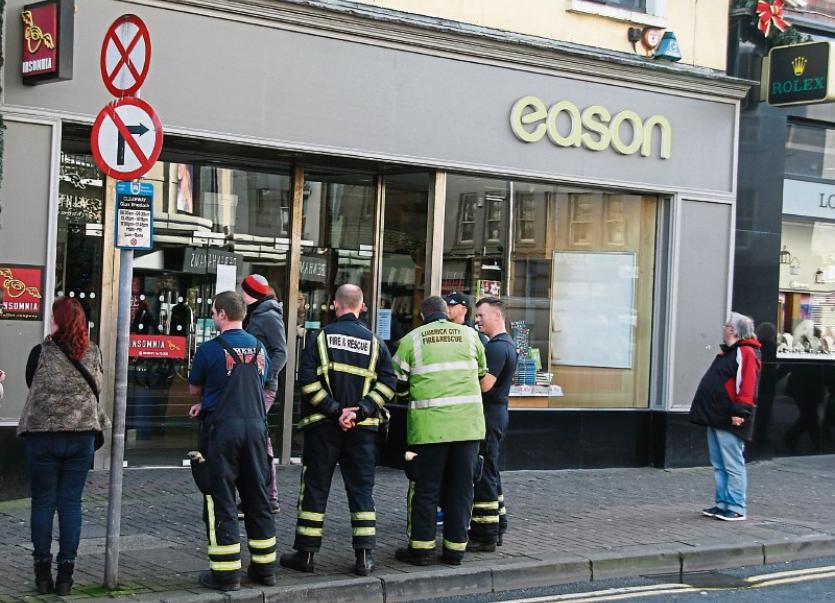 THE Health and Safety Authority (HSA) says there will not be any prosecution in relation to an incident at a store in Limerick city centre during which a man sustained burns after he was electrocuted.

A number of investigations were launched following the incident which happened at Eason, O’Connell Street at around 11.40am on November 9, last.

A man, who it is understood was an electrical contractor, was taken to University Hospital Limerick after he sustained suspected electrocution burns while working on the sprinkler system at the store.

Paramedics from the National Ambulance Service and a single unit of Limerick City Fire and Rescue service were deployed at the store which was forced to close for several hours as a result of the incident.

While the man’s injuries were serious, they were not life threatening. It’s not known if he has returned to work since.

Gardai from Henry Street and crews from ESB Networks also attended the scene in the immediate aftermath of the alarm being raised.

The store was also evacuated following the incident.as a precaution with just a handful of staff remaining.

Given the nature of the workplace incident, inspectors from the HSA were alerted and took the lead role in investigating the circumstances of what happened.

They attended the scene on the day and spoke to witnesses and other relevant people as part of that investigation.

The Limerick Leader has learned the investigation into the incident has now concluded and that no further action will be taken.

A spokesperson for HSA confirmed there will be not be a criminal prosecution in relation to what happened and that matter is now closed.

In a brief statement he added that no further details of the investigation or the findings of its inspectors will be released.

“All we can say is that the investigation has concluded and we have followed up with the employer as appropriate,” he said.