Dolores O'Riordan to lie in repose in Limerick on Sunday 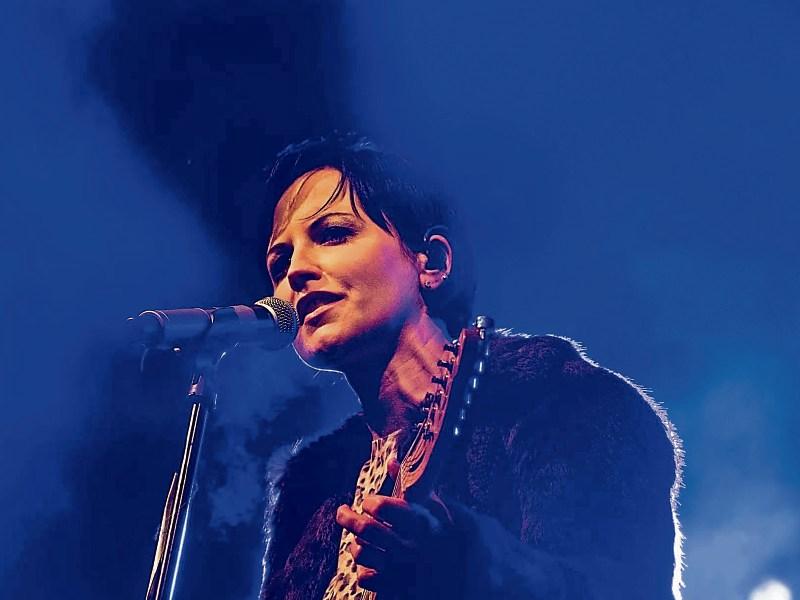 Dolores O'Riordan, pictured performing in her native Limerick, will lie in repose this Sunday

DOLORES O’Riordan, the iconic rock star who tragically died this week, will lie in repose in her native Limerick this weekend, before her funeral takes place on Tuesday, the Limerick Leader can exclusively reveal.

Thousands of people from the city and county are expected to file past the coffin carrying the remains of the Limerick woman who passed away in London last Monday.

A public reposal will take place this Sunday in St Joseph’s Church on O’Connell Avenue from 12.30pm to 4pm.

The church in the city is located close to Laurel Hill Colaiste FCJ secondary school where the rock star fostered her musical talents.

A photograph of the Limerick woman, who went on to become an international star, will be placed on top of the coffin carrying her remains.

On Monday evening the remains of the mother-of-three will lie in repose at Cross’ Funeral Home, Ballyneety from 4pm to 8pm with removal to St Ailbe’s Church, Ballybricken.

Requiem Mass takes place on Tuesday at 11.30am in Ballybricken.

Dolores’ final resting place will be Caherelly Cemetery where her father Terence was laid to rest in 2011. There will be a private family burial at the cemetery.

The remains of the Limerick woman are being transported from the UK to Ireland and all funeral arrangements are subject to weather conditions.

This week Dolores’ mother Eileen and family expressed their heartfelt thanks to the people of Limerick for their love and support since their tragic loss.

Speaking for the first time since the singer’s untimely death, Eileen O’Riordan and her family told the Limerick Leader that the outpouring of tributes, prayers and kind sentiments from across the world, and particularly from the people of Dolores’ home county and city, has been “a great source of comfort” to them.

“We want to thank all the people of Limerick who have remembered Dolores this week. The people who queued to sign the book of condolence - some of them standing in the rain - it has meant a huge amount to us and has been a great source of comfort,” Eileen and her family said.

Dolores is predeceased by her father Terence and is very deeply regretted by her mother Eileen, children Taylor, Molly and Dakota, their father Don, brothers Terence, Brendan, Donal, Joseph and PJ, and sister Angela, brother-in-law, sisters-in-law, nieces, nephews, all other relatives and a large circle of friends.