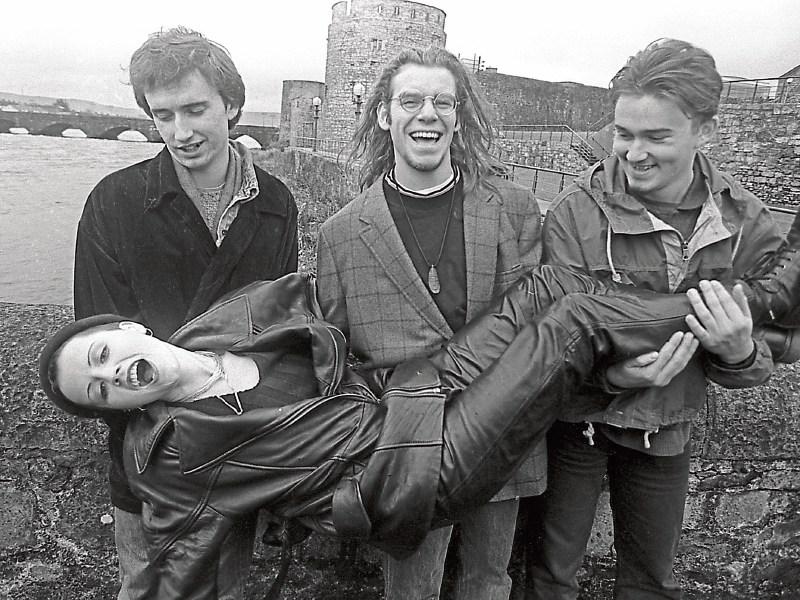 The late Dolores O’Riordan and her Cranberries bandmates having fun at a civic reception in the group’s honour in 1993. Below, with her mum Eileen and meeting Pope John Paul II

THE MOTHER and family of the late Dolores O’Riordan have expressed their heartfelt gratitude to the people of Limerick for their love and support since their tragic loss.

Speaking for the first time since the singer’s untimely death, Eileen O’Riordan and her family said the outpouring of tributes, prayers and kind sentiments from across the world, and particularly from the people of Dolores’ home county and city, has been “a great source of comfort” to them.

“We want to thank all the people of Limerick who have remembered Dolores this week. The people who queued to sign the book of condolence - some of them standing in the rain - it has meant a huge amount to us and has been a great source of comfort,” Eileen and her family told the Leader. 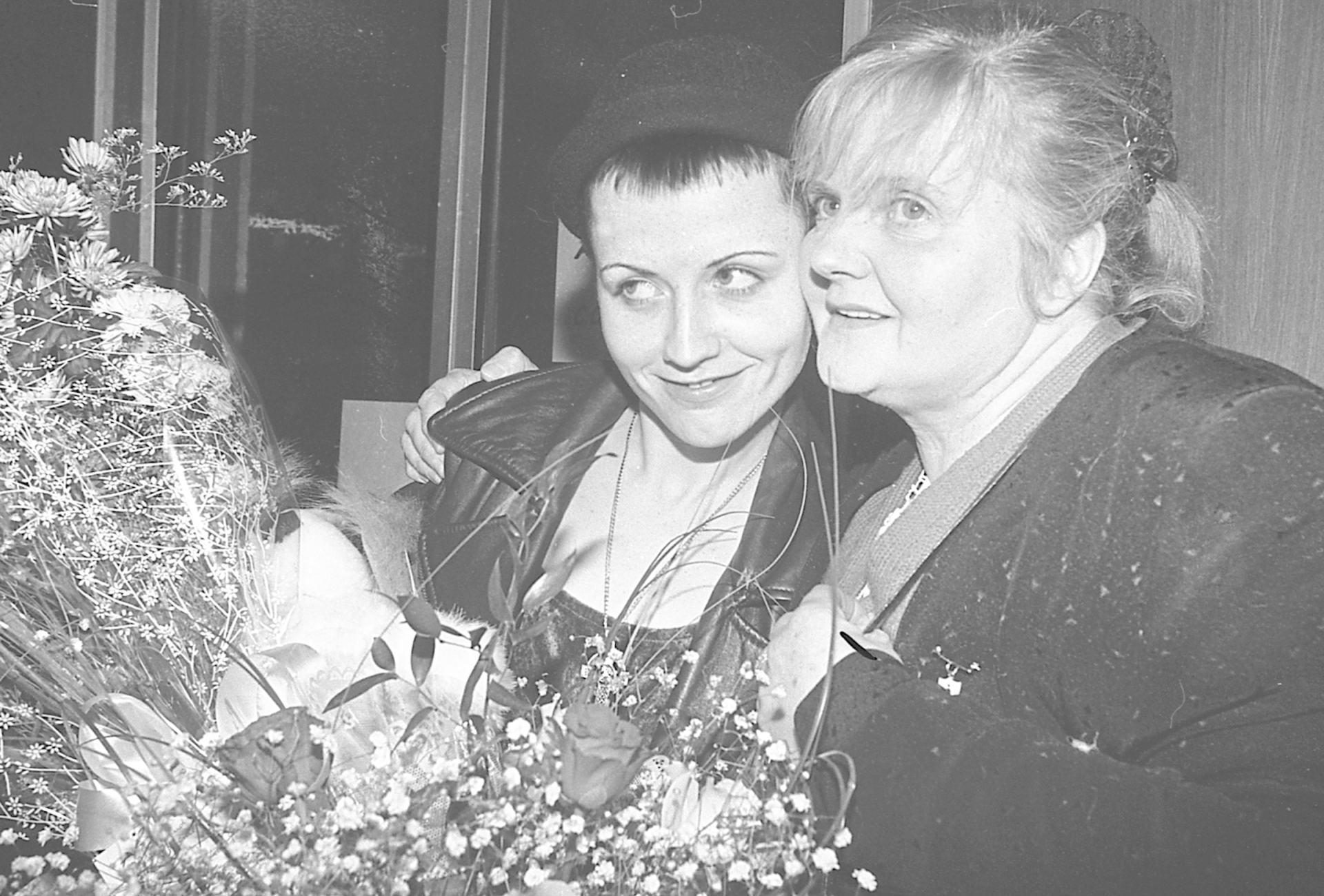 Speaking to the Leader, Noel Hogan, The Cranberries guitarist and co-songwriter said the group are “all still in shock and finding it really difficult to come to terms with her sudden death.

“We had some amazing years together, touring the world and meeting extraordinary people,” he said.

Munster Rugby have confirmed they will be playing a number of The Cranberries greatest hits in the pre-match build-up at Sunday's Champions Cup game between Munster and Castres, and will also reference Dolores’ passing in the match-day programme.

Well-known figures from the music industry are expected to travel to Ballybricken to pay their respects at the musician’s funeral, along with hundreds, if not thousands, of Limerick people who felt an affinity to the Limerick lady who became an international star.

While funeral arrangements are yet to be finalised, the funeral Mass will take place in the church in Ballybricken where Dolores sang in the choir and played the organ. Dolores’ final resting place will be Caherelly Cemetery where her father Terence was laid to rest in 2011.

The body of The Cranberries singer, who was just 46, was discovered in the London Hilton hotel on Park Lane shortly after 9am on Monday morning.

London police confirmed that they are not treating the death of the world-renowned rock star as suspicious. The coroner for Westminster is now leading the investigation into the sudden death of the mum-of-three.

Since news of Dolores’ death broke thousands of people have signed a book of condolence which opened at Limerick City Hall on Tuesday morning, as well as an online edition on Limerick.ie.

Many more people from all over the world have expressed their sadness at the news of Dolores’ death on various social media sites.

Born in 1971 to Eileen and Terence O’Riordan of Ballybricken, Dolores was the youngest of seven children. Her mother chose her daughter’s name in honour of Our Lady of the Dolours.

Dolores greatly admired Pope John Paul II and Eileen and the O’Riordan family kindly gave the Limerick Leader a photo of Dolores meeting the Pontiff in 2001, for publication.

After meeting Pope John Paul II, Dolores said: “(He) was lovely, very saintly. I was mad about him. I thought he really cared for the poor and he loved to meet the people.

“I saw him when he came to Limerick, when I was a kid. So it was pretty mindblowing to take my mum out to meet him.” 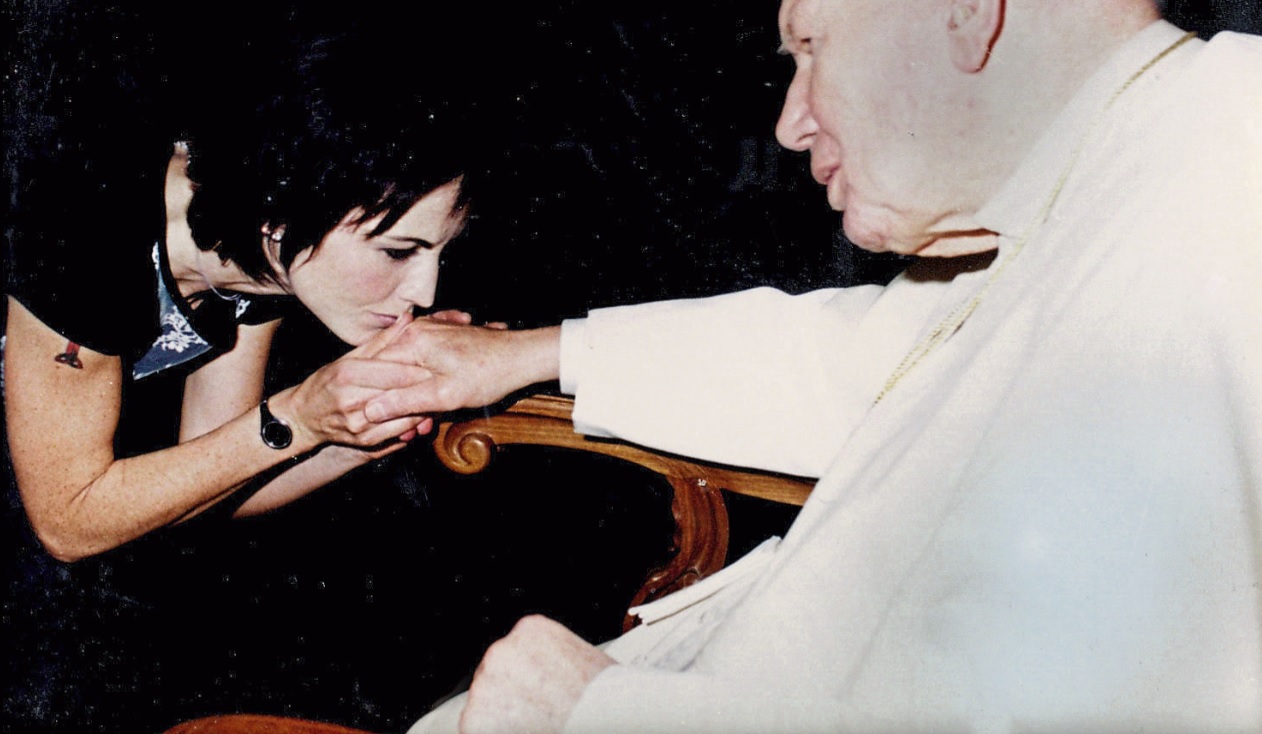 She met Pope John Paul II twice, in 2001 and 2002. Dolores also performed at the invitation of Pope Francis in 2013 at the Vatican’s Christmas concert.

In September, 1995, Dolores performed a haunting rendition of Ave Maria with Luciano Pavarotti at a charity concert in Modena, Italy. In attendance at the concert was Princess Diana, who Dolores recalled meeting at the time.

The Limerick star was going to the bathroom when Pavarotti stopped her and brought her over to meet Diana.

Dolores sat down with her and had a glass of wine. Diana immediately explained to Dolores that the reason she cried earlier at her performance was because her mother Frances loved Ave Maria.

She added that she was a huge fan of The Cranberries.

Flattered, Dolores said to Diana: “It must be really hard to be a princess.”

She told Dolores that “no, it must be harder to be a female rock star, because you have to do concerts all over the world”.

“Diana was really sweet, a people person. So afterwards, I said to her ‘I’ve got to go to the bathroom. Do you want to go with me?’ You know the way girls go together to the bathroom!

Dolores asked Lady Diana why. “Because if I get up they have to ring a bell and everyone has to stand up when I go to the bathroom.’ I said to her: ‘Being a princess is much harder than being a female rock star!'”

Dolores joined The Cranberries in 1990.

The group went on to sell more than 40 million records over their career.

Dolores is predeceased by her father Terence and is very deeply regretted by her mother Eileen, children Taylor, Molly and Dakota, brothers Terence, Brendan, Donal, Joseph and PJ, and sister Angela.