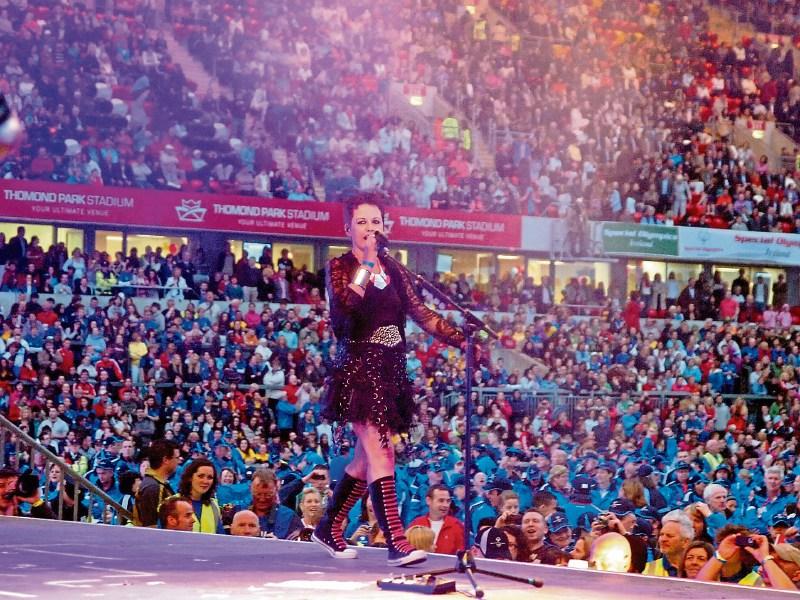 MUNSTER Rugby have confirmed that Dolores O’Riordan will be remembered in song at Thomond Park before the team’s Champions Cup game on Sunday.

A spokesperson for the team said there would be a number of songs by The Cranberries played in the build-up to the match, while the Limerick rock star, who died suddenly earlier this week, would be referenced in the match programme on sale at the ground.

“We will be playing a number of The Cranberries greatest hits in the pre-match build-up on Sunday, and we will also reference Dolores’ passing in our match-day programme, noting the time the band performed at the Special Olympics Opening Ceremony in Thomond Park in 2010,” confirmed the spokesperson.

The team face French side Castres at 1pm in the stadium on Sunday.

The Limerick Leader has produced a special edition of the newspaper dedicated to Dolores O’Riordan, featuring exclusive interviews and pictures, that is in shops this Thursday morning.

'Miss you when you are gone': #DoloresORiordan's local paper the @Limerick_Leader pays tribute to the iconic figure in a special edition. Featuring exclusive interviews and pictures chronicling her extraordinary life, out tomorrow #RIPDolores pic.twitter.com/w86jVGQM8l