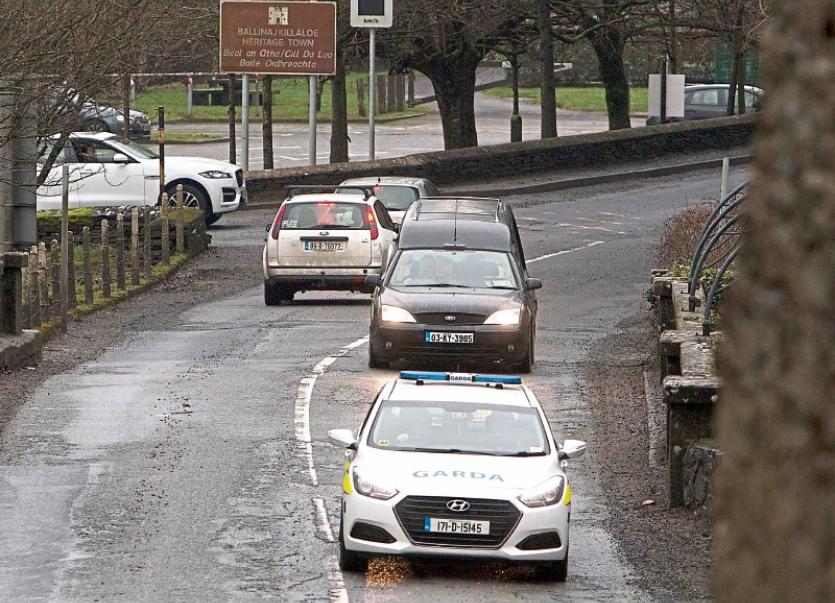 The man's body was taken by hearse to University Hospital Limerick | Picture: Press 22

GARDAI in Killaloe have launched an investigation after a man’s body was recovered from the river Shannon near Ballina in County Tipperary.

The alarm was raised shortly before midday this Wednesday after a member of the public alerted gardai to a car which was parked close to a slipway a short distance from the town.

Local gardai assisted by volunteers from the Irish Coast Guard and crews from Killaloe Fire and Rescue service carried out searches in the area – resulting in the discovery of the body in the water.

The body of the man, who is believed to have been aged in his mid-50’s, was removed from the water and taken by hearse to University Hospital Limerick (UHL) where a post mortem will be carried out.

While gardai are investigating the circumstances of the man’s death for the local coroner, a spokesperson said it’s being treated as a “personal tragedy”.

If you have been affected by this story, contact any of the following: