Stitch in time: History of a Limerick clothing giant is brought to book 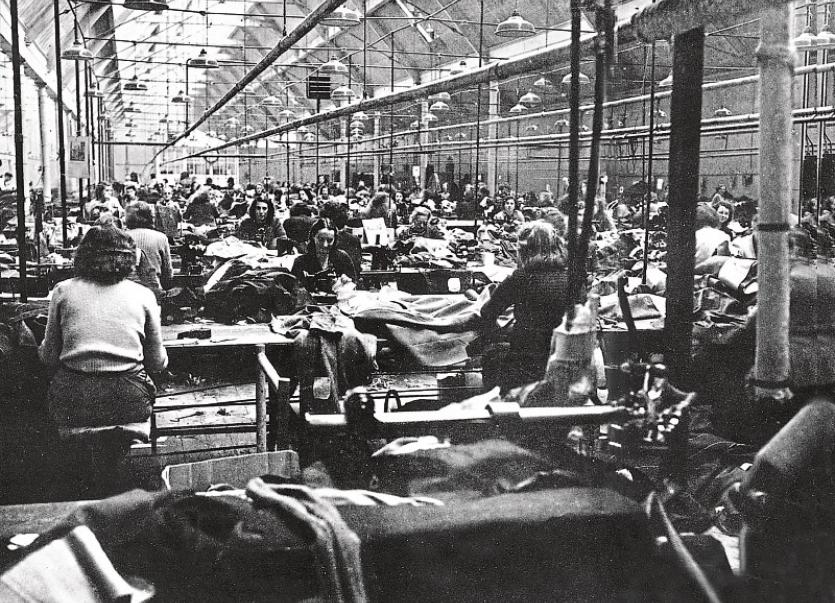 A peak inside the Limerick Clothing Factory c.1950 Picture: courtesy of LCF booklet and Sharon Slater

WHEN Éamon de Valera was arrested for his role in the 1916 Rising, he was wearing a uniform produced at the old Limerick Clothing Factory on Lord Edward Street.

It was a fact he remarked upon when he later visited the Limerick city site, once labelled the biggest clothes manufacturer in the world. 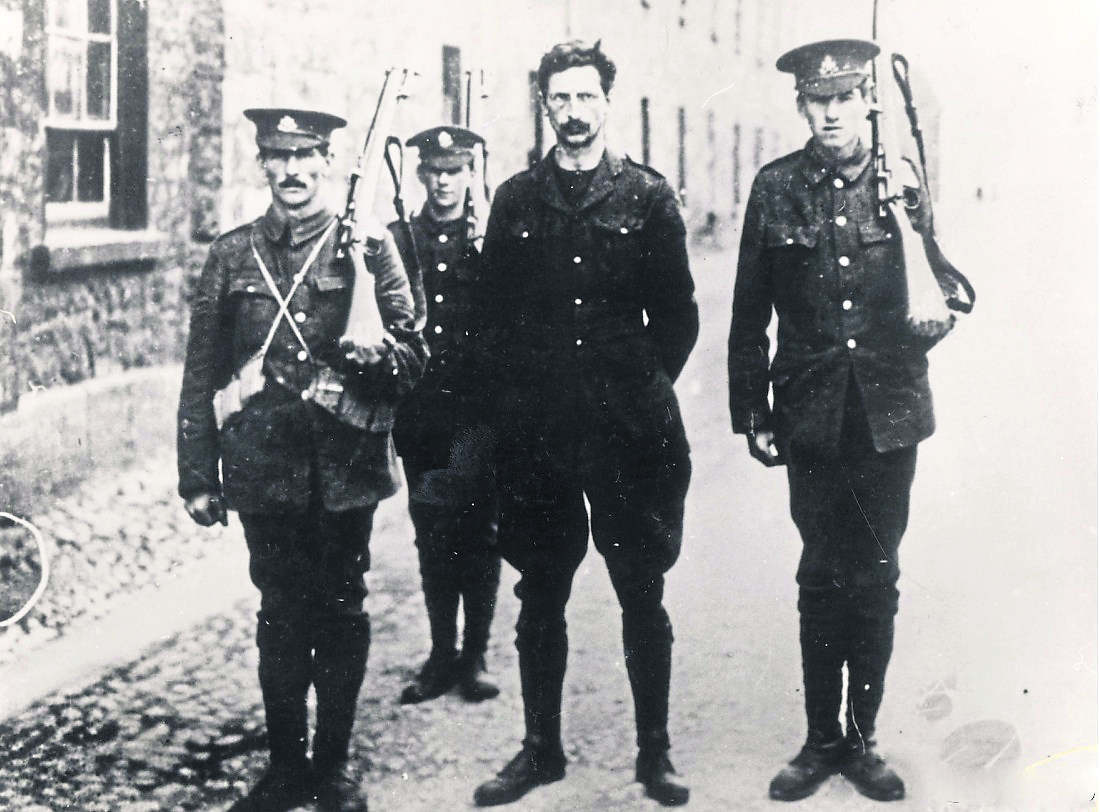 Generations of Limerick people worked at the factory from the 1850s through to the 1970s. Built in 1853, the manufacturing plant was known worldwide for pioneering mass production techniques and technologies until its closure in 1975.

In 2015, a rejuvenation project was undertaken on the site, creating 80 new social housing units geared towards older people and community facilities.

As new residents start to receive the keys to their new homes, they are also presented with a copy of A Stitch in Time: A History of Limerick Clothing Factory to mark a new beginning for the historic site. 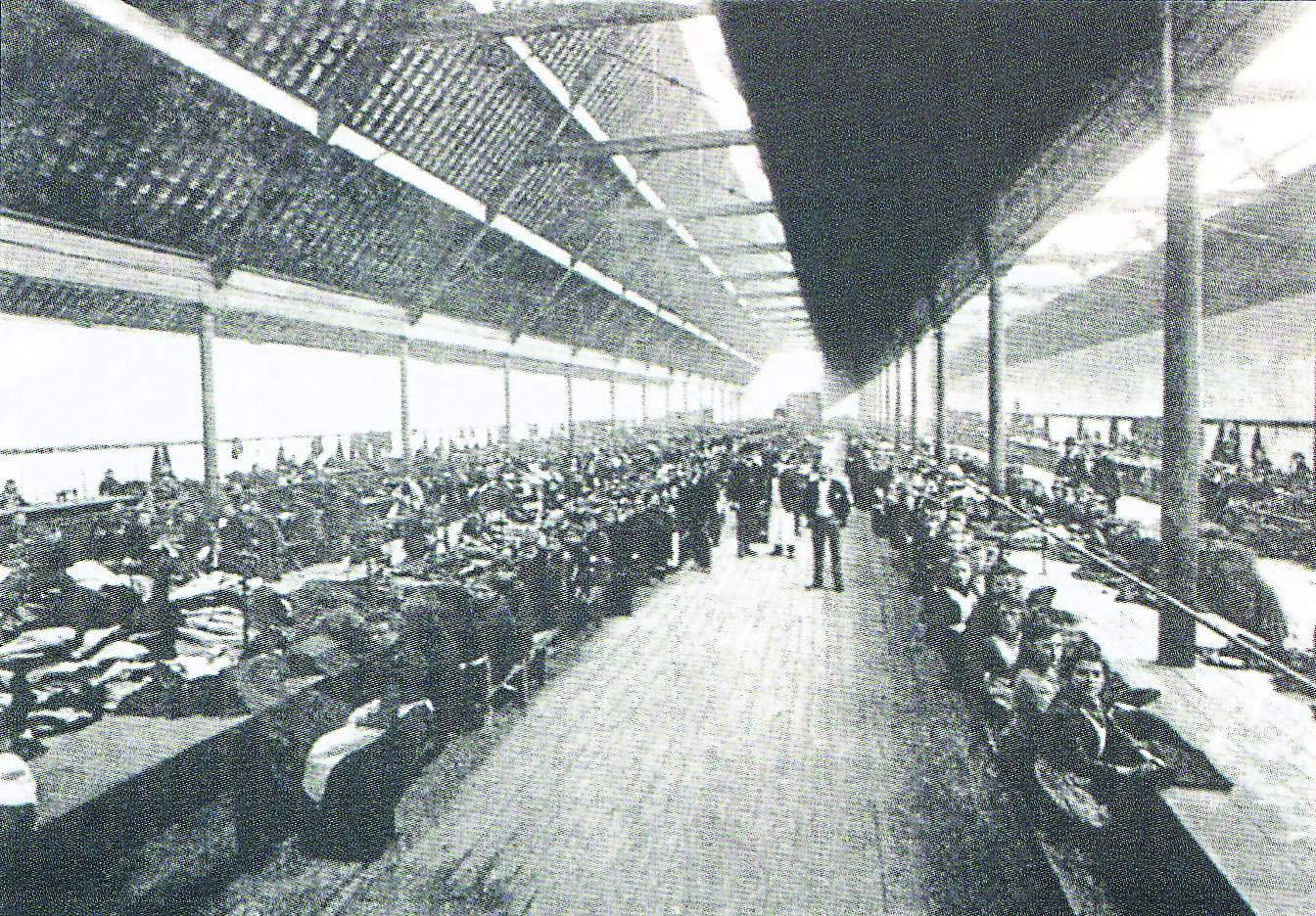 The book is the result of two years of extensive research carried out by independent historian Sharon Slater.

“The beginnings of the book came about with the Planning and Development section of the council who were working on the redevelopment of the site,” Ms Slater tells the Leader.

“​I’ve worked a lot in Limerick history, especially19th century,that is my key area, so it was really a glove that fit.

“What was interesting about the factory even from the earliest days, was that they had set up a conveyor belt system of operation.

“Each person who was in the factory had their own job. They only had to train one women, one girl as she’d start out, in sewing cuffs. So she didn’t need to know how to put a button on. She had one skill and she could learn that one skill quickly.”

“This was in the really early days of the assembly line, it was quite unique to do it. People would come from all over the world to see it.” 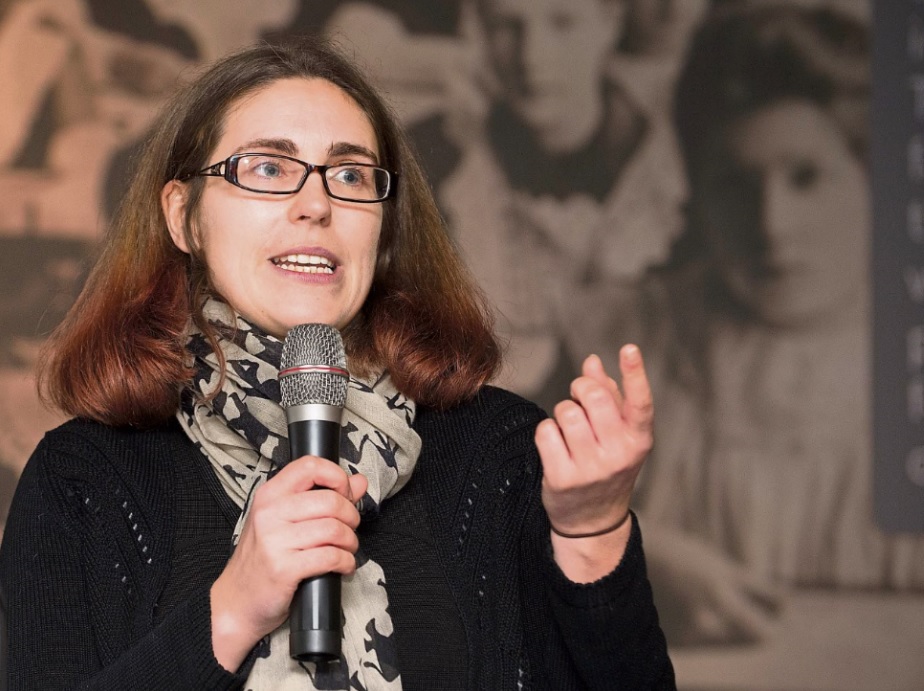 It would another 40 years before Henry Ford introduced the assembly line to his factories, according to Ms Slater.

The vast majority of employees at plant were women.

“​Women had a massive unemployment rate in Limerick, it wasn’t normal for women to be working.”

”So having this income coming in from the daughters, or the sisters or the mothers was a huge bonus to the area, to all of Limerick.”

The company itself was founded by businessman Peter Tait and the factory’s first secure contract was supplying the British army with uniforms during the Crimean War. 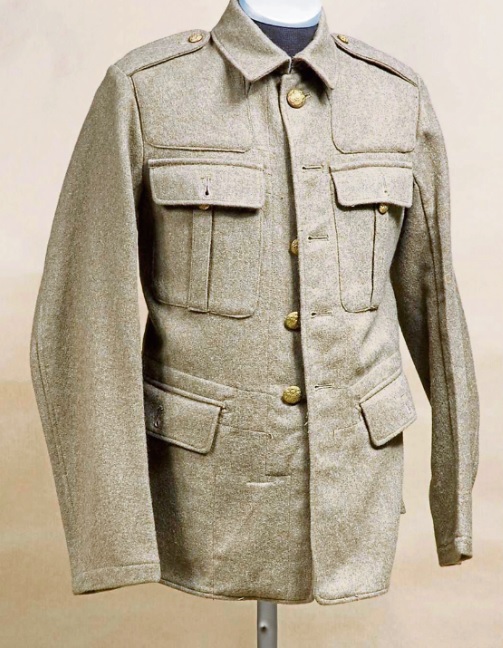 “The factory is still associated with Tait, even though he had no association with it during the last 100 years of its existence,” Ms Slater explains.

The factory went on to become a major military uniform supplier, even producing the uniform worn by the Confederate Army during the American Civil War.

“There was a huge debacle over that.As we look back on that time today, they were arming the bad guys, pretty much,” laughs Sharon.

“In some parts they were considered almost war criminals, Peter Tait was brought up later on charges by the American government but the case was thrown out.”

Material for A Stitch in Time was sourced from multiple depositories, including the national archives of both England and Ireland.

The oral histories of former workers before the closure of the factory were also vitally important, Ms Slater adds.

“There’s never just a source in these projects. Like weaving the story together, pulling all the threads and trying to make it mesh.”

A Stitch in Time is available from O’Mahony’s and the Celtic Book Shop.