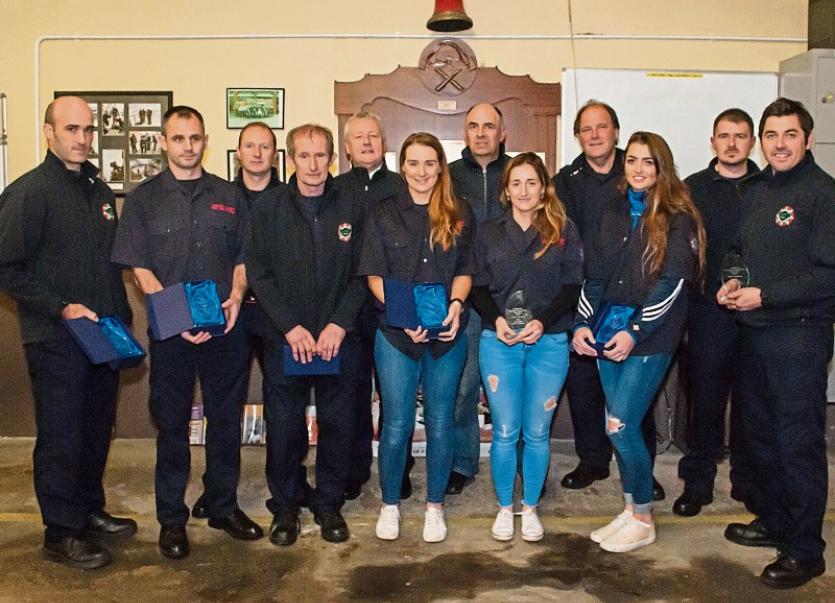 Members of Cappamore Fire Service being presented with plaques for winning Limerick’s Fittest Superstars and were thanked for handing back their prize of €1,000 to the playground fundraising committee

JANUARY is a time of year when we could all do with extra euros jingling in our pockets but Cappamore firefighters gave back their hard-earned money to a good cause.

Chris said it was a great night and to win “topped it off”. They won €1,000 for their efforts.

Afterwards the team got together and said they would give it back to the Pallasgreen playground fund. It brought the total raised from the night to over €10,000.

“We all agreed we would hand it back. The playground is a brilliant idea and the money will help them more than us. To raise over €10,000 from one night is brilliant.

“Ger is unreal. Any time you give Ger a ring to give a hand with anything he is just brilliant. He couldn’t do enough for you,” said Chris, who is from Pallasgreen.

At a presentation in Cappamore fire station, head officer John Mulready and members of the winning team handed the cheque back to the organisers of Limerick’s Fittest Superstars.

Ger said it was a “very generous gesture” and thanked the team for their fantastic support of the children’s playground.

It is hoped work will commence on the playground in Pallasgreen this year.