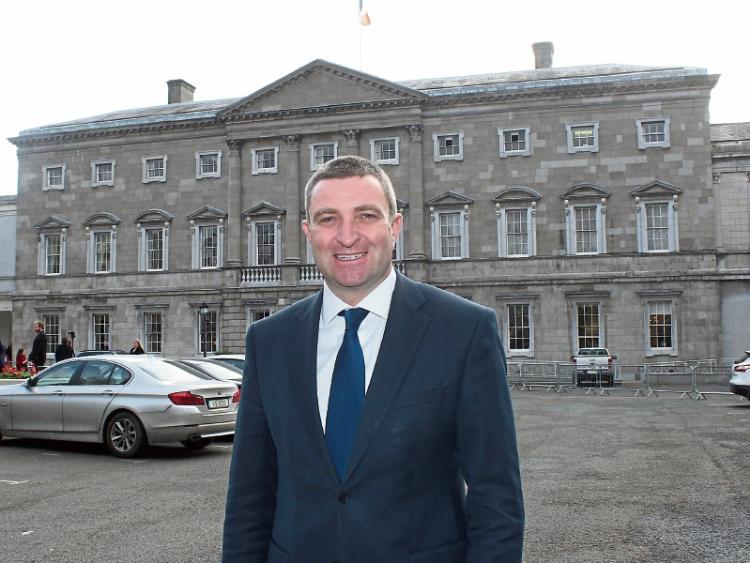 ' I think we will definitely see a third budget': Limerick TD Niall Collins

ALTHOUGH the prospects of an early election in 2018 appear to have receded, all of Limerick’s political parties remain alert to a count in the coming year.

The only party which has not selected its candidates for the general election is Fianna Fail.

But party sources have this week indicated the Soldiers of Destiny will rectify that situation shortly, with selection conventions for the city and county constituencies set for the forthcoming weeks.

With the party set to run two candidates in both areas, Dooradoyle councillor James Collins appears odds on to join polltopper Willie O’Dea in the city.

And in County Limerick, the Limerick Leader can this week reveal that Galbally-based councillor Eddie Ryan is to throw his hat into the ring for Fianna Fail.

This time last month, Ireland was bracing itself for a snap Christmas election, with Fianna Fail leader Micheal Martin involved in a tense stand-off with Taoiseach, and Fine Gael leader Leo Varadkar over the treatment of Sergeant Maurice McCabe.

Fianna Fail demanded Tanaiste Frances Fitzgerald resign from her post, after it emerged she had noted the content of emails relating to a strategy to discredit the garda whistleblower.

While Fianna Fail won the day – with Ms Fitzgerald resigning after a tense few days – it appears the party which is propping up Fine Gael’s minority administration does not appear in any rush to call an election.

Party frontbencher and local TD Niall Collins said: “I cannot see any reason why we cannot go the full year with this. I think we will definitely see a third budget. We will probably have an election in January or February 2019”.

He believes other big political developments likely throughout 2018 stops the prospect of the country going to the polls sooner.

”The Eighth Amendment Referendum will keep the whole system ticking over for the first half of the year, and you’ll probably have a presidential election kicking in the second half of the year,” he explained.

Willie O’Dea added: “There is no compelling reason to bring down the government in the meantime.”

Sinn Fein senator Paul Gavan, however, believes the twin crises in the housing and health services will be the thing which brings the 32nd Dail down.

But, he added: “Neither of the big parties want to be blamed for causing an election. That’s the one thing we learnt from the whole Frances Fitzgerald debacle. Ironically, this is the one thing which may keep this government going longer than each party wants.”

Both Limerick constituencies will once again be key battlegrounds, with both Fine Gael and Fianna Fail to run two candidates in each.

Fine Gael has already confirmed it will run government junior minister Patrick O’Donovan and first-term TD Tom Neville in the rural area, while Senators Kieran O’Donnell and Maria Byrne have the nod in the city.

Jan O’Sullivan will once again fly the flag for Labour, and will be joined in a crowded field on the left-wing, with Sinn Fein’s Maurice Quinlivan, Solidarity councillor Cian Prendiville and Social Democrat Sarah-Jane Hennelly likely to join a number of left-learning Independents on the ticket.

Mr Gavan said simply: “If you want a left-wing voice in Limerick City, you need to vote for Maurice Quinlivan”.

But Ms O’Sullivan – who will be contesting her fifth general election – said: “I don’t know why people on the left don’t target people on the right. They always target my seat. Realistically, Fine Gael will be trying to get two seats, as will Fianna Fail, and I presume Sinn Fein will expect to hold their seat in Limerick. But I’m up for it.”

Mr O’Dea believes adding just a few percentage points onto the 27% he won in Election 2016 would see Fianna Fail “in the fight” to bring home two candidates for the first time in over a decade.

Mr O’Donnell upped his personal vote last time, with only a Lazarus-like recovery from Ms O’Sullivan denying him a seat in this Dail.

He hopes changes to the city boundary, to bring in Newport and Birdhill will benefit him.

“We were unlucky the last time. The votes involved were very marginal,” he said, adding how he is “honoured” Fine Gael has picked him to fly the flag in the city.

While Mr Collins believes the next Dail count could be as much as 12 to 13 months from now, he believes this could possibly be the latest it runs. One thing, he believes will not happen, is a general election at the same time as the local and European elections, set for May 2019. “The general election is the Holy Grail as far as everyone is concerned.”