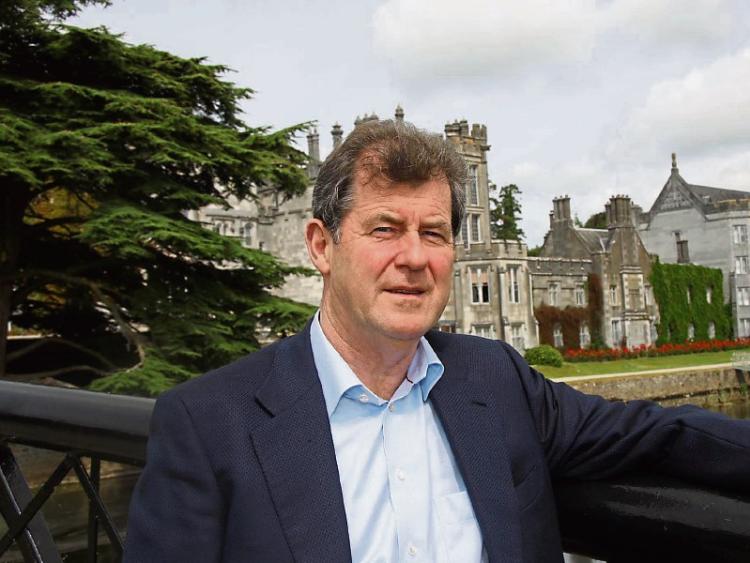 And, it has emerged that contrary to speculation, Limerick GAA asked for a meeting with Mr McManus and were not “summoned to Martinstown”.

While the GAA officials and Mr McManus are remaining tight-lipped on the exact details of what transpired during the meeting, according to the newly elected county board chairman, former Fianna Fail TD, John Cregan, “we cleared the air”.

“We had a meeting. We cleared the air,” he told the Limerick Leader. “The relationship is sound.”

“The Limerick County Board and new management team are very much of the view we will be continuing our relationship and our friendship and getting the support of Mr McManus and of Martinstown,” he said.

Any suggestion that Mr Cregan and the other officers were  “summoned” to Martinstown on Monday has been rejected and it has since emerged that a meeting with Mr McManus was originally supposed to be held two weeks ago, but had to be postponed until Monday.

“They were anxious to let him know the situation,” said a GAA stalwart who has asked not to be named. "It wasn't the case of JP summoning a meeting and calling the officials out, but Limerick GAA trying to explain to him the story from their side.”

Those in attendance at the meeting in Martinstown Stud outside Kilmallock included Mr Cregan, county board secretary Mike O’Riordan, the newly appointed treasurer Liam Bourke along with Mr McManus and his brother Gerry McManus who sponsors the underage teams.

Delegates to Sunday’s highly charged convention in Cappamore Community Centre were left gaping as outgoing treasurer Donal Morrissey revealed that he had been “excluded” from the decision making process for the past 18 months and that inter-county team preparation costs had spiralled by over €250,000 to  €1,262,535, leaving the board facing a deficit of over €103,000.

“Apart from the €5 million he gave to pay back the debt on the Mackey Stand, JP is the team's main sponsor and pours vast sums into Limerick GAA each year. He is hugely passionate about Limerick GAA and won't be happy with this embarrassing situation. But there are new people on board with John Cregan at the helm and now it is a case of sorting out the mess,” said the GAA figure.

Speaking to the Leader, Mr Cregan said that remaining financially sustainable was one of the issues that now needed to be addressed.

“We have a chicken and egg situation. We have spiralling costs in team preparation. Counties that win silverware find it easier to fundraise and get financial support from outside. We have a situation we have been starved of success at top level and it is difficult to attract financial support.”

“We have a great foundation. We have that raw material,” he said. “We have a very good underage structure and we now see our minors being consistently competitive and our under-21s winning.”

But winning at these levels bestowed no entitlement, he warned.“It takes time for boys to become men”.

Mr Cregan, who first became an officer at his club, Dromcollogher Broadford, at the age of 16, is also determined to bring a new approach and freshness to GAA proceedings.

“First of all I want there to be unity. I want us to have a very clear vision of where we want to go and how we are going to get there,” he said.

He believes there is a “disconnect” between the county committee and the county’s  63 clubs and he wants to see more representation and more participation and openness at these monthly meetings.

“I will consult widely,” he pledged and he will operate “as a team” with his fellow officers.

The new treasurer, Liam Bourke, also made it clear on Sunday and again to the Limerick Leader this Wednesday that he would be keeping an eagle eye on costs and intended to play an active role in any financial decisions.

People were entitled to be concerned about the spiralling team preparation costs which were unsustainable, he said, but Limerick was not alone in this. His job would be to run things as fairly and prudently as possible, he added.