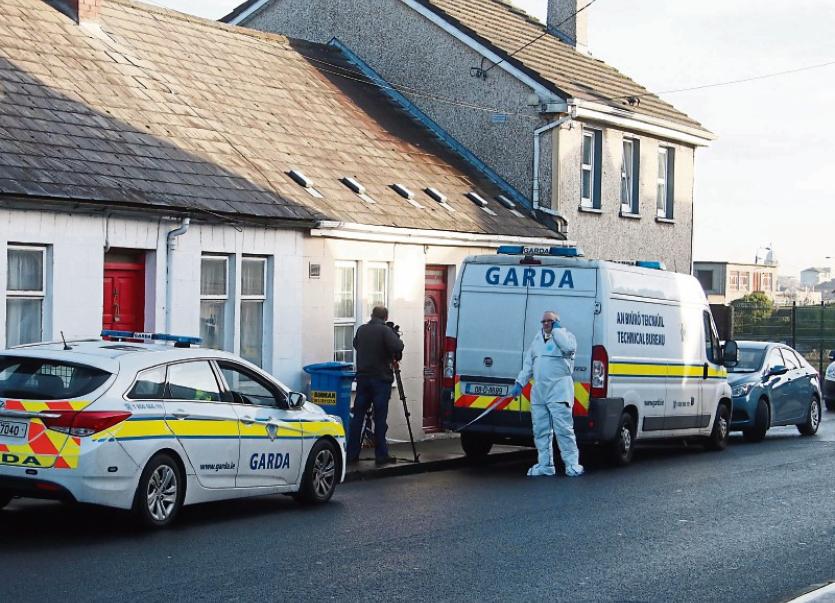 Gardai continue their investigations at the crime scene at the home of the late Rose Hanrahan, on New Road Picture: Michael Cowhey

PEOPLE reluctant to give information in connection with the horrific murder of elderly widow Rose Hanrahan in Limerick have been urged to contact the garda confidential line.

In a fresh appeal this week, Gda Ber Leetch said that they are asking for anybody who was in the New Road and Thomondgate area, between last Thursday at 8pm and Friday afternoon, to contact Mayorstone garda station.

Gardai launched a murder investigation, after the family of 78-year-old Rose Hanrahan found her unresponsive in her New Road bungalow on Friday afternoon.

It is likely that gardai will not require an extension of the crime scene this afternoon, after receiving a 48-hour extension this Monday.

The crime prevention officer urged people to “think back and try and remember if they saw anything unusual or ‘out of the ordinary’ or anybody who acted suspiciously”.

She said: “If anybody drove through the area and if they have a dash cam Gardai would need to be contacted.

“Anybody walking their dog or travelling to bingo or to visit friends or family. Any fishermen out and about during those times could ye all just cast your minds back to those times and if they remember anything to please contact the gardai.”

“You may know something that on its own may not seem important but if the gardai are informed it may be another piece of a puzzle that has to be completed in order to further this investigation.”

Gda Leetch added: “I understand that there may be a reluctance in some people to come forward so as well as contacting Mayorstone Gardai on 061 456980 and the confidential number of 1800-666111.”

Superintendent Derek Smart said that the community has been left “devastated” at the murder of Ms Hanrahan, and is appealing people to come forward.

“We are still looking for the community to come forward with any information they have. People have been very open and honest and frank with us, and we want them to continue doing that for us.”