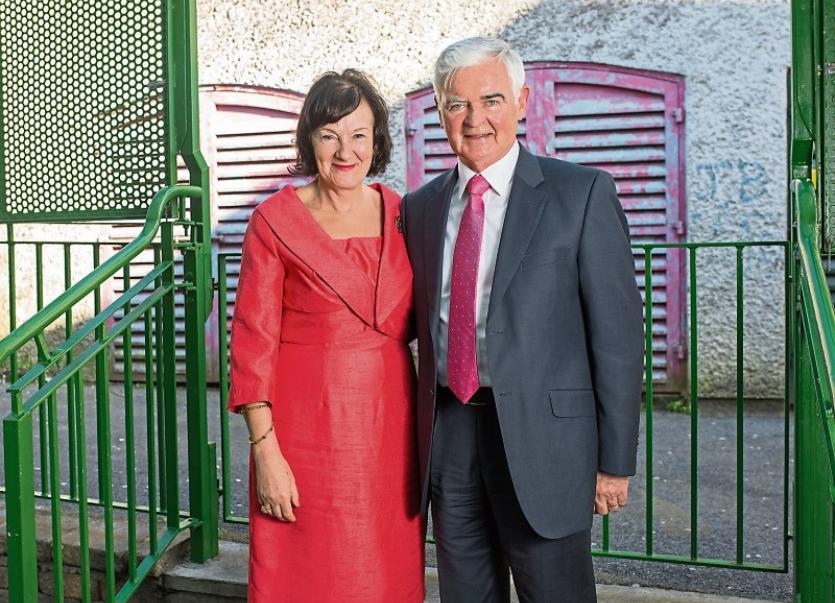 HUNDREDS of people crowded into the renamed Longcourt House Hotel in Newcastle West at the weekend when the town’s only hotel re-opened for business.

Many of the first-night visitors were guests of Minister of State, Patrick O’Donovan who organised a party to coincide with the opening night.

But many others were there to see and admire the transformation that has taken place at the premises formerly known as the Courtenay Lodge Hotel.

The interest, and the crowds, continued over the weekend, guaranteeing a lively start to a new chapter for the refurbished and rebuilt hotel.

Unfortunately, the hotel’s owners, Jim Long and his wife, Professor Mary Sheppard, were unable to be there when the doors opened, due to other commitments in London where they live.

The €5m investment and the estimated 45 jobs created in the Longcourt House Hotel have been a very popular development in Newcastle West and the wider West Limerick area.

Mr Long bought the old Courtenay Lodge Hotel shortly after it closed in October 2014 with the loss of up to 40 jobs.

After some delays in the planning process, the old hotel has undergone a massive transformation.

All 40 bedrooms have been given a complete make-over in a new contemporary style with new colour schemes, carpets, soft furnishings and furniture.

The bar was demolished and rebuilt to a modern design and style.

The wing of the hotel which housed the night club was also demolished and the newly built wing contains the ballroom and meeting rooms.

This section of the hotel will not open until the Spring. The parking area has been extended, surfaced and fitted with CCTV.

Along the way, a decision was made to aim for a four-star product which was feasible because of the large size of the bedrooms and the fit-out.

“There seems to be tremendous good-will toward it,” Mr Long said. “Everybody feels the town needed something like this.”

There will be an official opening when the work is completed next Spring, he added.