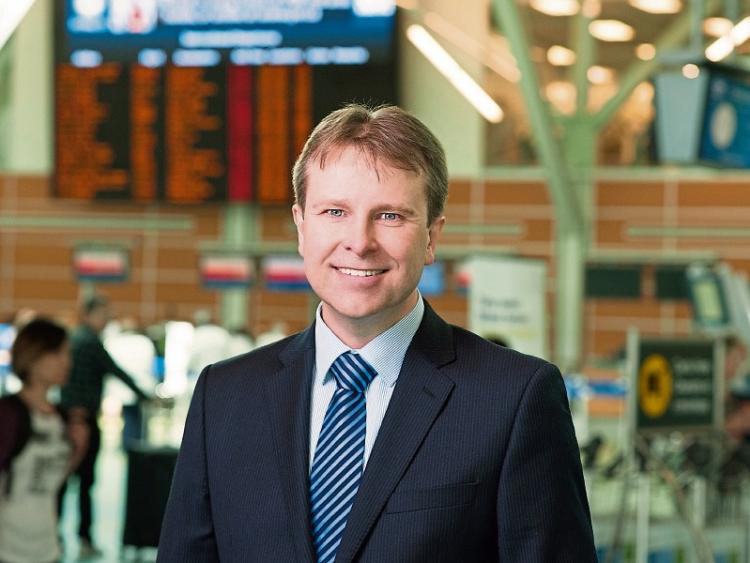 SHANNON Group CEO Matthew Thomas has issued a robust defence of the airport’s performance, declaring that it will end 2017 “on a par with 2016”.

The CEO was responding to a report on Central Statistic Office numbers that show Shannon had an annualised drop in passengers of 5% - the only of the five major airports in the Republic of Ireland to do so.

While Dublin and Cork grew by 6.3% and 3.2% respectively in the first nine months of the year compared with the same period of last year, Shannon decreased by 5.2%, according to the CSO.

Mr Thomas said the CSO figures “provided this week do not take account our significant transit business at Shannon, which accounts for 9% of our passenger numbers and which has enjoyed growth of 80% year to date thanks to additional frequencies from Kuwait Airways”.

Indeed, a spokesperson for the airport noted the Irish Aviation Authority’s figures for November showed that “commercial terminal flights at Shannon were up by +6.4% with an average of 48 commercial daily movements at Shannon”. These figures chart flights and not passenger numbers, however.

Shannon has seen capacity reductions on both Stansted and Manchester, likely due to the continuing fall-out from Brexit, while the airport has seen United Airlines axe its seasonal service from Shannon to Chicago because of the route’s “poor financial performance”, while the Newark service was suspended until March 9. Both decisions caused considerable disquiet among the region’s business community.

Ryanair also took the decision not to operate its Berlin route this winter, but still has 11 routes operating out of the airport.

Mr Thomas noted the effects of Brexit and the weakening position of sterling against the euro, but said this had been “ been offset by growth in other areas of business”, pointing to the commencement of Norwegian Air International services to Stewart, New York and Providence, Rhode Island, the new seasonal services to Stockholm and Frankfurt and the growth in transit traffic.

“Looking ahead to 2018, we are looking forward to the start of new services to Reus-Barcelona and Toronto Canada with Air Canada, as well as the first full year of Norwegian operations. We are also continuing to pursue other opportunities and are confident that 2018 will be a positive year for Shannon.

“2018 for us will be about aggressively pursuing new route opportunities; working hard to become more efficient and working with our key stakeholders to develop an operating environment that strengthens airports in the regions and their respective regional economies,” he added.