'Life on hold': Homeless man in Limerick seeks to help others 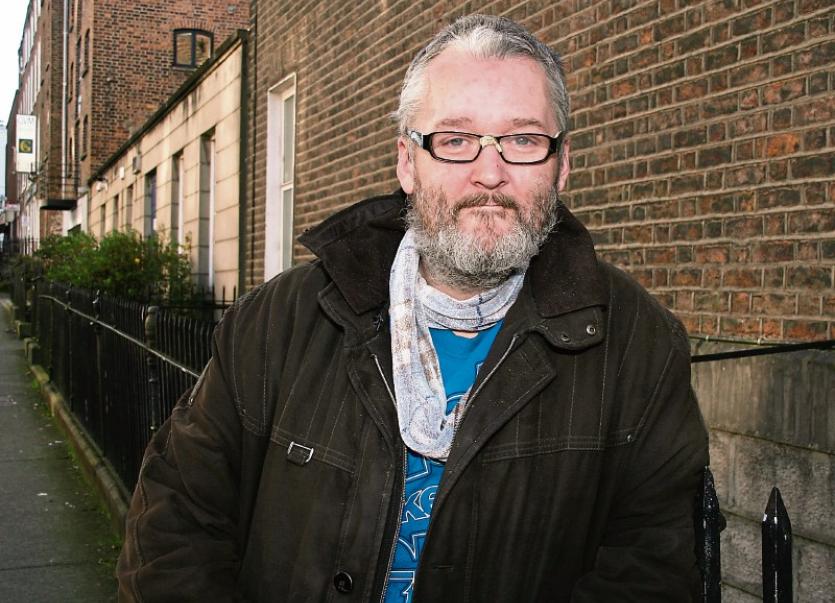 Ross Keogh wants to help those worse off than himself by using Facebook to collect unwanted goods Picture: Adrian Butler

A HOMELESS man from Limerick who has been sleeping rough and couch-surfing for the past year has decided to help those who are even worse off than him.

Ross Keogh, a father of two children who is originally from Caherdavin in the city, has set up a Facebook page to urge the public to donate unwanted goods to homeless people and people in need.

“When I was on the streets I never asked for a bean because I was brought up better than that. Your blood leaves your body when you spot someone that you knew previously, because they see you for the first time on the street,” he said

“My whole life is in storage at the moment and I feel like it’s on hold, overnight I became a statistic,” he added.

Ross, 40, ended up on the streets when he and his brother could not afford to pay rent.

“We got a letter from the council saying that our rent allowance was being cut, so we had to make up the difference from the dole which was unachievable and we ended up on the streets,” said Mr Keogh.

Mr Keogh, who previously worked in security, thought living on the streets would be easy but he was proven wrong and for the first four or five months it “scared” him.

“I was afraid of no one when I was in security. It hurts when people look at you like you are dirt, but they forget that it could happen to them in the morning,” he said.

According to Mr Keogh, the humanity and generosity of people to him while he was on the streets full time was “amazing.”

“People in this town would give you clothes, blankets, food and check on you the whole time. The good humanity that you see on the street outweighs anything else because the nature of people is unbelievable, especially in this town.

“Elderly gentlemen and women would come over for a chat and people would give me hot meals.”

The Caherdavin man, who also cares for a dog, was so inspired by the generosity of people that he has to set up the Facebook page Free to People in Need Limerick, to help those in a similar situation to himself.

“The people that help me go away feeling happy because they have helped and the gesture of good manners that I give back, makes them feel good. I thought, if they feel that good, how good am I and my friends going to feel by helping other people,” he explained.

Now Ross wants people to donate clothes, old furniture, small appliances and anything that people are not using anymore to the charity.

“I don’t want money donations from anybody, that is what puts people off, but nothing is junk, everything can be reused,” he said.

Ross said that some people feel like they are begging when they ask for help.

“People shouldn’t feel like they are begging, they should feel help and warmth over the phone straight away,” he explained.

The father of two, who wants to make his kids proud, also said some people are afraid to go to food banks because of certain groups that can also attend those facilities.

“I know people who won’t go to the food banks and they will starve without getting  food because they are afraid of who they will bump into down there,” he said.

Mr Keogh has a tent on the Condell Road  which has sleeping bags and blankets to keep warm, but he says they still get “damp”.

But his tent was “trashed” in an unwelcome incident and he believes that food should be delivered to homes of people in need, as it would be safer and would remove the embarrassment factor, he said.

Mr Keogh explained that some people who are poor might have a home but cannot afford to eat, as the majority of their food goes toward rent costs, yet people look on them as not being in need.

“Lots of people who are poor may have a house but it is costing them €850 a month and they are only on the dole, so they are left with nothing after the rent, of course they need help from other people,” he said. “It’s a disgrace in this country that you have to give your whole benefit to pay for the house and then you have to go out on the street with a cup to get money so you can feed yourself,” he added.