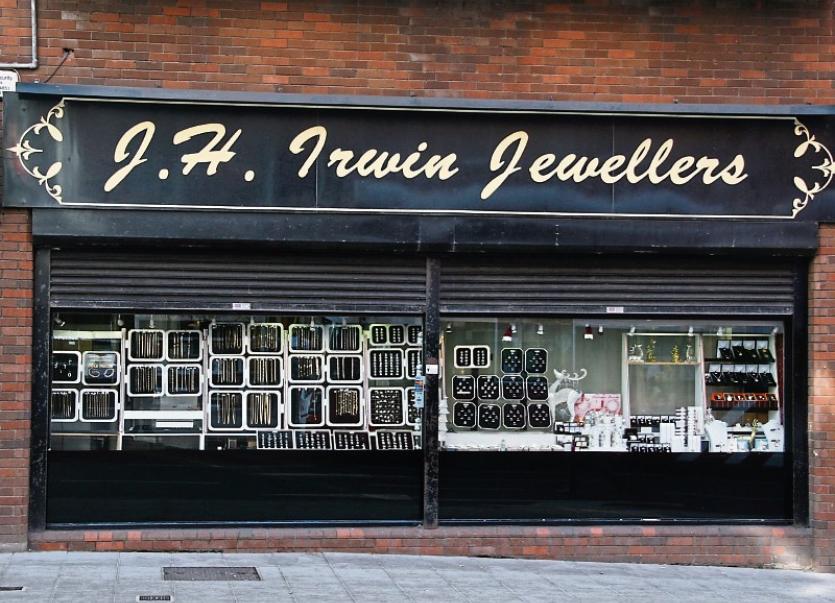 GARDAI at Henry Street have arrested a man who attempted to steal a necklace while having a knife on his person, at a Limerick city jewellery store this Thursday morning.

The incident occurred at Irwin’s Jeweller’s on William Street shortly before 12 noon, according to staff.

A shop assistant told the Limerick Leader that a man entered the city centre store and requested to “try on” a chain necklace, worth €1,000.

She said that after a brief chase, she and another staff member were able to apprehend the man before he could leave the building.

When she “had a hold of him”, a “large knife” fell from his sleeve, she said.

“I am now kind of shaking. He only got as far as the door, me and my colleague apprehended him there. Then a couple of customers jumped in.”

Gardai arrived at the scene and arrested the man, and it is understood that he is due to appear in court this Thursday.