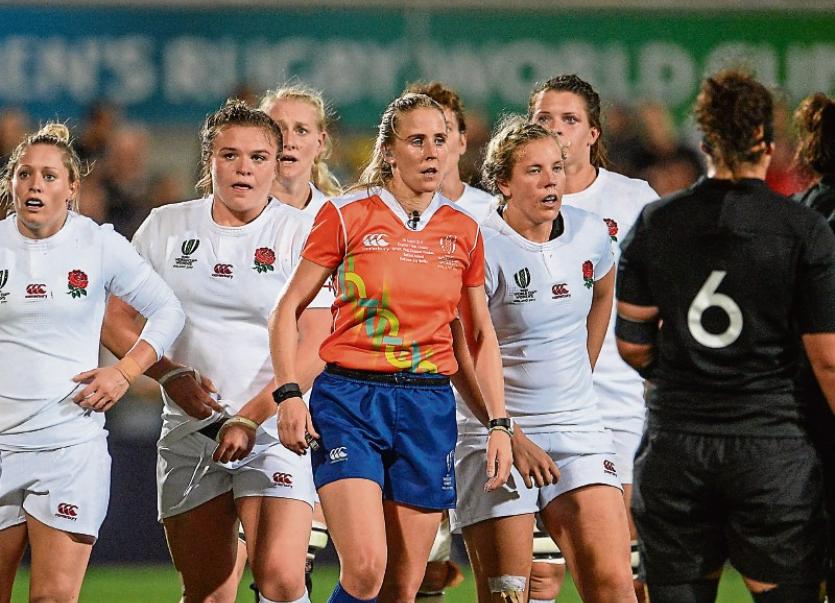 Referee Joy Neville in action during the 2017 Women's Rugby World Cup Final and below, receiving her award in Monaco Picture: Sportsfile

Joy won World Rugby’s referee of the year prize at a ceremony in Monaco over the weekend in recognition of a monumental year, which has seen her referee the Women’s Rugby World Cup Final, officiate a men’s international game, and will next month become the first woman to referee a European Challenge Cup match. 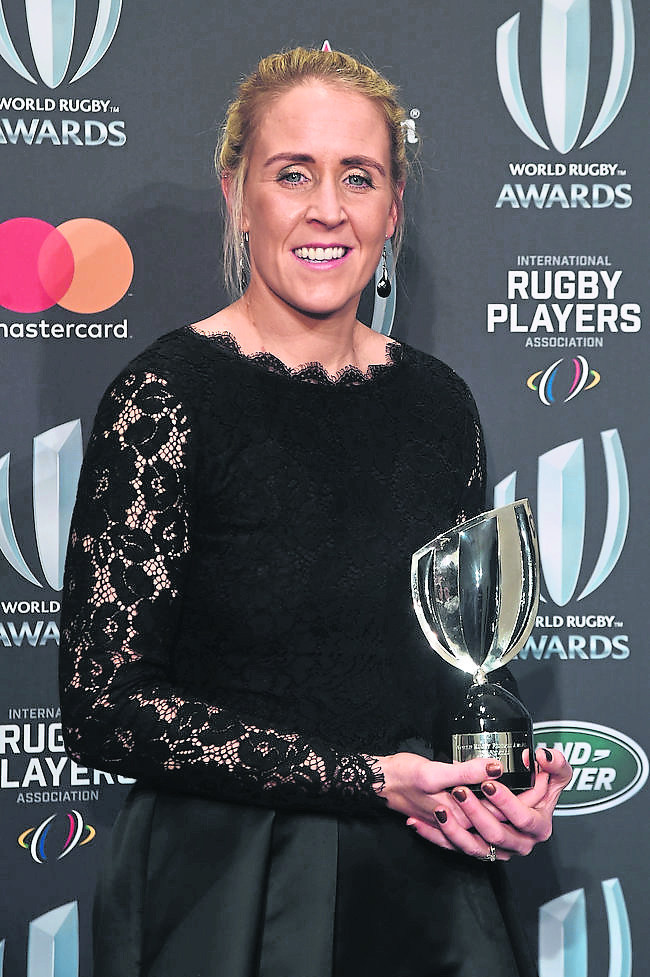 It’s expected the plan will be debated at the next full Council meeting in January.

Cllr Daly said the official has brought a lot of “joy” to Limerick by her achievements.

He added: “I played rugby with her brother Paul at Garryowen. They are a great family, and from great stock. What she has done for Limerick is put our name on the global stage. I felt she needed to be recognised.”

Cllr Daly recalled how he used to travel to the former Jury’s Hotel to go swimming as a teenager in the 1990s and early 2000s, when Joy worked as a lifeguard.

“Many years ago, I would have gone over to Jury’s to go swimming. She used to be the lifeguard. Sometimes if you were short a few bob, she would wave you in. She would always give you a break, a young lad from Thomondgate trying to get over and do a bit of swimming,” he added.

President Michael D Higgins posted a message of congratulations to the referee over the weekend.