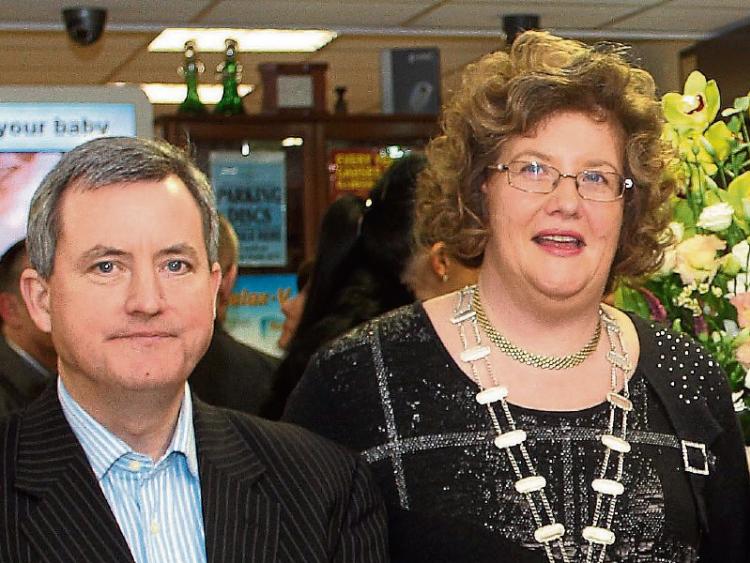 Sen Kieran O’Donnell is looking to win back his seat and Sen Maria Byrne, who has also put her name forward at tonight’s Fine Gael convention

THERE is general election fever in Limerick’s political sphere as parties are already preparing for the country to go to the polls before Christmas.

This comes as Tanaiste Frances Fitzgerald faces a motion of no confidence in the Dail this week, over an email that had been sent to her office highlighting a row between the Garda Commissioner’s legal team and whistleblower Sgt Maurice McCabe.

Taoiseach Leo Varadkar has said that if a snap election is to take place, it would likely happen before Christmas.

And though no snap election has been announced, Fine Gael’s Limerick City selection convention will take place tonight at Castletroy Park at 8pm.

The Leader can confirm that Senator Kieran O’Donnell, Cllr Daniel Butler, and Senator Maria Byrne have put their names forward at tonight’s selection.

Sen O’Donnell, who narrowly missed out in the 2016 election, said that “it would be an honour and a privilege to be selected by the members to be represented as a candidate in the forthcoming general election, whenever that may be”.

Cllr Butler said that he had been asked to put his name forward by locals, after Deputy Michael Noonan decided that he would not be running for the Dail in the next election.

“​I am the same age as the Taoiseach and, with that in mind, I believe there is a desire amongst the public for change and a different voice to represent them. I am a married father of two young children, paying a mortgage and bills, working hard to to make a life for my family like so many others in Limerick. I believe I can be strong representative voice for them.”

Labour is likely to have its convention this Thursday night, as a table quiz fundraiser is due to take place that night. Deputy Jan O’Sullivan said that “no one wants an election” and that Brexit issues are “really crucial” at this time.

It is not known if Sinn Fein and Fianna Fail have organised a date for their respective conventions, but the Leader has been told that “there will be more clarity” on the matter this evening. If an election is called, the Solidarity party in Limerick is likely to host a convention on Tuesday night.

The Social Democrats has already selected Sarah Jane Hennelly to run in the forthcoming general election. The Green Party will run candidates in both Limerick constituencies.