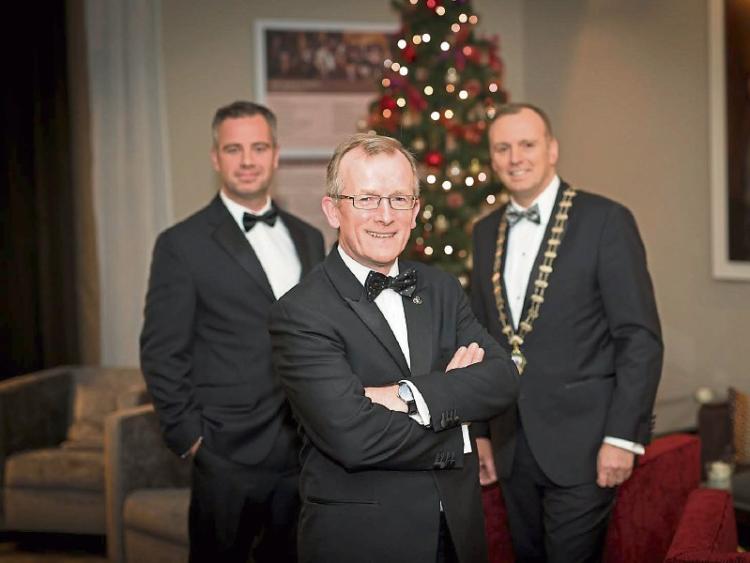 TOURISM Ireland boss Niall Gibbons has said it is his agency’s aim to ensure the Mid-West gets a fairer distribution of the millions visiting Ireland.

Mr Gibbons was the keynote speaker at the Limerick Chamber president’s dinner, which took place in the Strand Hotel recently.

He said: “Over 10.5 million people have visited the island of Ireland in the last year. We would prefer to see a better regional distribution. So we’re very keen to work with the regions on this.”

Various business lobbies across the Mid-West – including the Limerick Chamber – have called for route support funds to be ringfenced for regional airports like Shannon to prevent the continual growth of Dublin at its expense.

They have called for the two marketing schemes in place to be put aside for new routes at regional airports – and not the capital’s hub.

Just €1m has been allocated in funding for Ireland’s provincial bases.

Asked if he agreed with this call, Mr Gibbons said: “I do” – but then went on to highlight the €1m fund in place anyway.

“This fund is very important. We have also continued to work to make the case for regional airports for air access. We work very closely with Shannon, Kerry, Knock and Cork on this. There has been an incredible increase of air access into Dublin. I don’t begrudge them their success. But the regional infrastructure is a critical part of our programme for 2018. The summer season is busy already in the Mid-West, so it’s important we focus on the shoulder season, and it’s important we have festivals and events so people can see there are things to see, do, and things which are open,” Mr Gibbons explained.

While in Limerick, Mr Gibbons met tourism leaders from across Limerick city and also from the county.

He reported: “2017 has been a good year from a tourism perspective in Limerick. The hoteliers have a positive feel. Overall numbers are steady, but I think there is a desire to increase the number of leads coming in.”

Addressing the Chamber dinner directly, Mr Gibbons added: “Tourism Ireland has been working hard for many years to drive demand for flights to Shannon, through co-operative marketing campaigns in conjunction with the airport, the airlines and other partners.”

Illustrating this, he pointed out the agency teamed up with Aer Lingus and Ryanair for marketing campaigns.

“In 2016, we generated positive publicity for Limerick worth almost €16.7m in equivalent advertising value in key markets around the world, through media visits, press releases, e-newsletters and in-market media events,” he added.

Mr Gibbons also highlighted one of the earliest examples of tourism promotion in Limerick.

“In 1785, William Wilson wrote the Post-Chaise companion, 'A travellers guide to Ireland’. He travelled to Limerick and said ‘the town is situated on the Shannon and consists chiefly of small separate dwellings. It’s a very pleasant place and much frequented in the summer season,” he said.