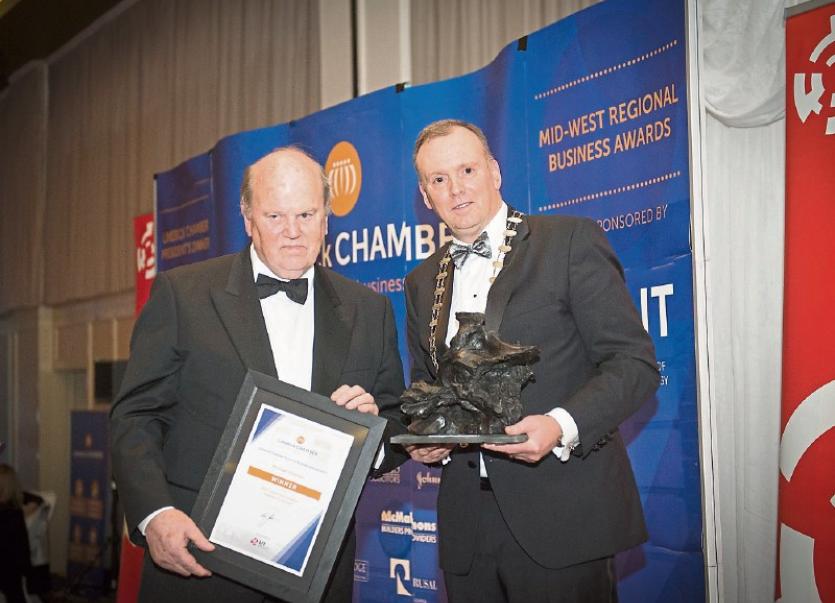 The long-serving TD, who won the Limerick Chamber president’s award, said he would hope to see the M20 motorway delivered “within seven years”, and “not let a one-man picket stop the progress”.

After accepting the award, Mr Noonan said there are major projects, such as Apple's proposed data centre in Athenry, Co Galway, which are being held up “unduly, in my view because of objections”.

His comments drew cheers and applause from the audience at the Chamber awards, comprised mainly of local business and political leaders.

In a week where Limerick Twenty Thirty chairman Mr Brosnan also warned that there will be a “vacuum” of office space unless Project Opera is developed quickly, Mr Noonan reflected these concerns.

He said: “The Hanging Gardens building [at Henry Street] is spoken for already. There isn’t much space around he city itself for new industries to come in. It’s very important the Opera Centre gets moving quickly. If I were to say something half-controversial, I think people who object to these projects and hold them up for months-on-end would want to think again.”

Speaking to reporters after, Mr Noonan added: “I don’t have a role in planning, it’s a matter for the local authorities and An Bord Pleanala. But there are key projects like the data centre which are being held up unduly in my view because of objections.”

Meanwhile, the Fine Gael TD said he still hopes one of his signature tax schemes while in the finance portfolio can still take off – despite a low take-up initially.

The Living Cities initiative, which gives huge tax breaks to developers looking to create accommodation in Georgian buildings, has not proven popular since Mr Noonan launched the scheme in 2014.

This comes against the backdrop of calls from many parties to create city centre living spaces.

“You have to have someone who is first. It’s not fashionable to put €500,000 into developing one of the Georgian houses. But if we get half a dozen people to do it, it would take off. I’d be hopeful as Limerick develops [the Georgian quarter] will become a very significant residential area,” Mr Noonan concluded.

For more on the Chamber awards, see page six